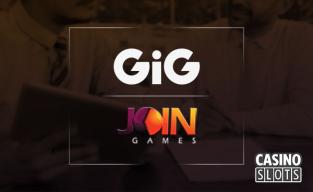 It's been revealed that Gaming Innovation Group Inc. (GiG) has finalised a deal with Join Games to provide their portfolio to Italy and across Latin America. This is the first time that GiG Games has agreed a deal with another casino games aggregator.

New Games For Many Countries

Under the terms of the new deal, Join Games will release the whole GiG Games range from the first quarter of 2019. The agreement works for both parties, with GiG able to bring their games to a whole new audience in regulated markets, while Join Games will be able to offer the huge portfolio from GiG to across the regulated markets that are covered by the company. Join Games has a very strong presence in these regions, with Microgame and Pixelo in Italy, along with Wplay and Mijugada in South America.

We’re very excited to add GiG Games to our portfolio of games. There are not many game providers in the market which have the ability to enter the regulated markets both in Italy and in Colombia at the same time.