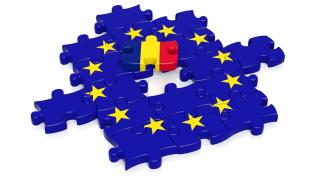 Different countries and jurisdictions handle online gambling in different ways. In Romania, they decided to require a back tax on earnings from the country over a certain period as one of the requirements to earn a license and be a part of their newly-regulated market. Bwin.Party paid these back taxes, and it seemed like all is well. However, they are still on Romania's blacklist, and this is causing a ton of concerns among other countries that might be interested in becoming licensed in this country.

Source of the Problem

The key problem is allegedly the following. Bwin.Party paid about €8 million in back taxes and applied for a license accordingly. They were then awarded provisional licensing approval, which would seem to mean that they were free to continue offering their games, so the games continued being available. Now Romania is claiming that because Bwin.Party didn't stop their services while their application for licensing was being processed that they're staying on the blacklist. This is a convoluted situation to say the least, but it brings up some interesting issues for the country.

Romania is essentially putting up a massive free for these companies to get licensed there, and for a company as big as Bwin.Party to follow procedure, pay the back taxes and get licensed vouches for how important the country is. However, when Romania turns around and yanks the rug out from under them after Bwin.Party seemingly jumped through the appropriate hoops, that puts them in a situation where other companies might not want to work with them. What's the point of paying millions to operate somewhere if you're just going to end up on a blacklist anyway?

The Future of This Situation

Online gambling regulation in Eastern Europe is still in a period of growth, and Romania is supposed to be one of the countries leading the way. However, with this type of behavior, it's hard to say if companies are going to want to work with them. It also shows one of the main problems with the "back tax" they proposed in the first place: It's essentially a massive licensing fee at this point, but if it doesn't lead to actual licensing, then there's no point in paying it. It'll be really interesting to see how this one plays out and if Romania makes good on the license that Bwin.Party jumped through a lot of hoops and paid out a lot of money to receive.