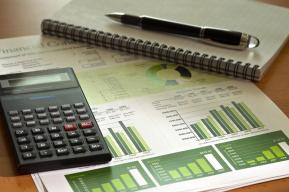 New Jersey was the first state to really push hard on the online gambling front in terms of opening things up to a variety of different types of online gambling. This includes casino games and poker, and they even tried to get sports betting going before running into setbacks from the federal government. They've been seeing some steady growth since they first started running the games, and September was no different, but poker is still a problem.

Overall, there was a total win of about $12 million in September 2015. Since September 2014 saw a win of about $10.2 million, that's an increase of around 17 percent. Casino activity as a whole has brought in $90.8 million this year in the state, through poker is lagging behind at around $18 million. What's important to note is that online poker has been seeing negative growth in New Jersey, and there are a number of important reasons behind that. With that having been said, the combined revenues for online and land-based gambling for Atlantic City jumped up to $230.1 million for the month, an increase of around 10 percent since the same time period for last year.

Poker is having a really hard time in New Jersey, and the realities of poker ecosystems is a large part of the reason why. The way this works is that you need a certain number of players to sustain the poker ecology because of the way tables have to form and build up and maintain themselves. To give an idea, if a site doubles its number of players from 500 to 1,000, it will more than double its revenues because the tables will run better for longer. Since New Jersey's games are only for one state, the player pool is limited, and games don't really run as much as they could otherwise.

For the first time in a long time, Atlantic City as a whole is seeing some growth. They actually boosted their total win by about 10 percent for the month of September compared to the same month last year, and that's a pretty huge deal considering how they've been on the decline for so long. A portion of that growth came from online gambling, and it's only continuing to grow.