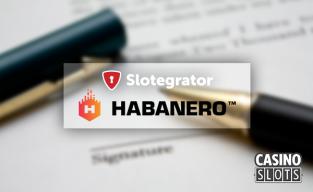 Over the past several years, the online gambling world has become much more centered around geographical location. A lot of this has to do with how the licensing paradigm of the times is all about different countries having their own, separate regulatory guidelines, many of which include segregated player pools and separate sites. Habanero has increased its reach in this environment with a new deal with Slotegrator.

Details on the New Deal

Slotegrator has an online gambling platform that focuses on Eastern European countries, along with Russia. This is a part of the world that many European companies have had a somewhat hard time cracking into, and a deal with Slotegrator would make it much easier to get a foothold in the region. This is exactly what Habanero has done, and it will be a big step forward for the company, getting their games in front of a lot more people.

This deal will see Habanero's HTML5 games for both desktop and mobile added to the Slotegrator platform. HTML5 is what is slowly replacing Flash as the main platform for these types of games, and these companies have definitely put themselves in a position to be ready for the future by focusing on this platform for their titles.

Habanero Systems has been building up quite a bit of momentum, particularly over the past 18 months or so. They've been building new games that have gotten excellent reviews on a pretty regular basis. On top of that, they have been aggressively expanding their reach with moves like this one to get on the Slotegrator platform.

What's important to note is that 2016 was the first time that Habanero really pushed itself at big trade shows like ICE Totally Gaming and G2E in Macau. They were extremely well received, and they were able to show off some of the best that they have to offer. This has been one of the things that has gotten them so much more attention than they were getting before, and it's one of the keys to their current level of success. It's also why we believe they'll be a force to be reckoned with inside of the next couple of years as they continue to push for more and more.