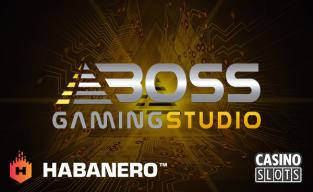 The business model for today's online casino software providers generally centers around developing games that can be incorporated on a number of different platforms along with titles from other software companies. This helps to create a focus on quality over quantity, and that's exactly what's happened with the latest deal between the BOSS Gaming Studio and Habanero Systems.

Details on the Deal

Something you need to understand about this deal first and foremost is that Habanero makes more than slots. They have a full portfolio that includes 10 types of video poker and a variety of table games as well. This deal with the BOSS Gaming Studio is only for their video slots, which is actually their entire slots portfolio since they don't have any slot titles in other formats. The initial release of games to this company will include all 77 of the slots that Habanero has available, and new titles will be released there as well.

This situation with the video poker titles and table games is an interesting part of the situation because it touches on the era of the industry that we're in right now. These relatively smaller production companies like Habanero Systems are focusing on high-quality video slots, but they've also got these other games. The problem there is that any software platform or casino that wants to make a deal with them will only really care for their video slot selection, since that's what they're known for. They already have table games more often than not, so it doesn't make sense for them to make deals for games they already have.

Habanero is one of the more modern breed of casino game developers in that they focus on quality over quantity. They don't need to have the biggest portfolio out there to get a lot of attention from major casino platforms and operators, and this is why their deal with the BOSS Gaming Studio isn't that surprising. They've made plenty of similar deals in the past along these lines, and they will continue to make more in the future because they put out great games that players love, and those games have a huge demand.