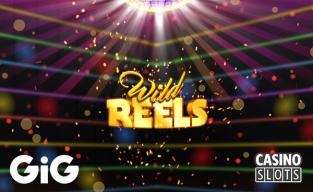 Gaming Innovation Group Inc, (GiG) have launched the Wild Reels slot machine into their own internal operators before a wider release once testing is completed. This 'soft launch' will ensure that Wild Reels delivers the best gaming experience. It's the first release of an own-branded slot from GiG and has been developed under the new GiG Games product line.

Wild Reels is the first of many planned slots from GiG Games. Between now and the end of March 2019, GiG Games are looking to release six to eight new slots. As well as designing their own range in-house, the company will work with other studios to increase quality and output.

GiG Games has been preparing for launch for over a year. They will be developing slots and table games, which will become another part of the full iGaming service provided by the business. A license from the Malta Gaming Aurthority has been obtained in the run-up to the launch of Wild Reels. A soft launch is normal practice when new games are launched and when Wild Reels and its successors are released into the wider world, players can be sure that they have been thoroughly tested.