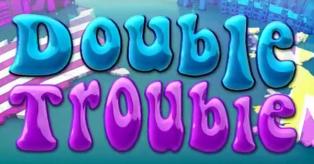 Saucify has released a new video slot game called Double Trouble that is themed around a group of undercover operatives what are operating for the UK Government in the swinging sixties.

The game has taken a lot of inspiration from the popular Austin Power films starring Mike Myers.  It is a five reel and nine pay line game that can pay out up to a 50,000 coin win.

Now, where did I put my platforms?