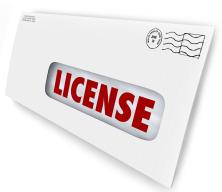 Licensing in the European Union is kind of complicated right now because so many different countries have their own regulatory structures and rules. The Alderney Gaming Authority has gotten a number of these countries together on a deal that allows certain companies that get licenses from them to operate in a number of countries, and that makes the appropriate Alderney license pretty important for companies that want more exposure in Europe. That's why High 5 Games getting this license is such a big deal.

About This Software Developer

Something that's really important about High 5 Games is that they focus largely on HTML5, and they're extremely aggressive about it. This is something that most other software providers haven't done because they prefer to play it safe and stick with Adobe Flash. The thing about that is that it does allow more players to get in on the action with their games now, but the industry is moving towards HTML5, and it leaves many of them in a situation where they're producing games that are likely to be obsolete in five years.

As you can see with the software platform they use, High 5 Games is in this for the long haul. That definitely ties in with the Category 2 Associate certificate that they received recently from the Alderney Gaming Authority because it goes to show that they don't want to play the short-term game of trying to get around blacklists and operate in jurisdictions where they do not have licenses. Instead, they're taking things slow and making sure they keep good relationships with these countries and their regulatory bodies to make sure that they'll be able to stay in business in the long run.

This situation in Europe right now over licensing for online casinos and software companies is wide open. Different countries have regulated things in different ways, and the European Commission is leaning hard on countries that refuse to open things up to allow foreign operators to become licensed. Countries have responded in a variety of ways to this pressure, some going so far as to seemingly implode the industry intentionally, and it just goes to show that not everyone is looking to be onboard. For now, High 5 Games has positioned itself in a very strong position in Europe with this Alderney license, and they'll continue to grow as a result.