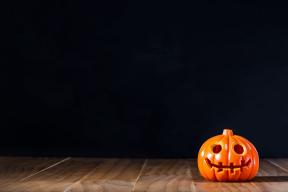 October is officially here, and BingoSky is offering a great way to start your month off with some amazing value. On Sunday, October 4, they're going to be running a Crazy Oktoberfest bingo promotion. Starting at 9 pm Eastern, they're going to offer Crazy Oktoberfest games with special changing cash prizes on each call. These crazy prizes change several times each game, so you never know how much you're going to win. What's even crazier is that it's not all they have on tap for this promotion.

Getting More Chances to Win

For added chances to win, all of the Crazy Oktoberfest games are going to be hit with a buy 6 get 3 special offer. A total of $3,000 is going to be given away in prizes for this event in leaderboard winnings, and the first place winner is taking down $1,000. This is in addition to the prizes you'll win during the actual games, and that just goes to show that there are several different ways to win for this promotion.

Halloween is coming up at the end of the month, and BingoSky wants to make sure you stay in the Halloween mood all month long. That's why they're hosting a Halloween Costume Party promotion where you can send in pictures of yourself dressed up. Winners in this party will pick up $100 added to their BingoSky accounts, so you don't even have to play to win with this costume party promotion. This just goes to show that they're giving away a ton of money in October between Halloween and Oktoberfest.

BingoSky gets a lot of attention for the big promotions that they run. The reason for this is that they stand out from the crowd so much by putting so much more effort and value into what they have available. Just for the month of October, they've announced the Crazy Oktoberfest tournament leaderboard with $3,000 in prizes for October 4, a buy 6 get 3 special for the same event, and a Halloween Costume Party promotion with $100 prizes being given away to winners. That's on top of their regular schedule of promos and bonus offers, so it's easy to see that they're giving players great opportunities to get paid.