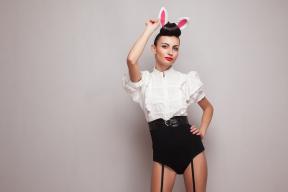 Skill-based games are a part of the online gambling world that doesn't get quite as much attention as many industry experts believe it should, and everyone knows at this point that mobile is the fastest-growing segment of the overall industry. When you combine these two worlds, you get what Gamblit Gaming is hoping will be the next big thing for online gambling. They've signed a deal with Playboy Enterprises that will see them build real-money, skill-based games for play via mobile.

The upcoming titles are expected to have a 2016 release date, and they are going to be released in two main markets. The entire United Kingdom will have access to these games via mobile, and in the US market, certain land-based casinos will offer them in Atlantic City and Las Vegas. This is an extremely interesting release schedule because they're getting an immediate foothold in the United States, and this is a measure that could be strategically important over the next few years as more and more states push for legislation to regulate the online gambling industry.

Playboy has a bit of a history when it comes to online gambling. They've licensed out their brand in a number of different ways including branding for online slots. Microgaming also famously has live dealers at some of their operators that are Playboy branded with the bunny suit and all of that, and it just goes to show how they've already established themselves as a key brand to work with in this space. Gamblit Gaming is hoping that this pairing will help them push along their skill-based products.

Most types of gambling happen on a spectrum that differentiates skill and luck. Games like slots are considered to be on the extreme luck end of the scale, but games like blackjack and video poker fall closer to the opposite end. When you have true skill-based games that are futher towards the skill extreme of that spectrum, then you attract certain types of players who aren't really interested in what most online casinos have to offer these days. When you do that, you open things up to an untapped market, and that's exactly what it appears Gamblit is looking to do with these new titles.