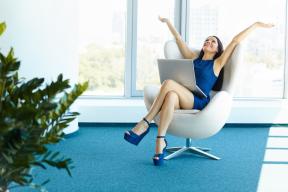 Know what would be fun? Winning over 7.5 million times your wager at a popular online slot. This is exactly what happened to a player on PAF, the same online casino that holds the Guinness World Record for the single-largest online casino win worth €17.8 million from back in 2013. Playing the Mega Fortune Dreams progressive slot, this player was putting in €0.40 spins hoping for the best, and the best is exactly what this player won with a payout worth €3,020,481.

About This Big Winner

Something that makes this big winner stand out is that he was only around at PAF since June. It only took about three months to take down over three million, and that's a pretty incredible feat, especially with such a relatively small bet size. These big winners seem to come fairly often for Net Entertainment, and they've been shown to produce tons of big winners over time at the many online casinos that use their software.

Mega Fortune was the original huge progressive jackpot from NetEnt, but they later released the Mega Fortune Dreams sequel that basically updates the game and has a lot of the same type of gameplay. Each online casino gets to pick one of these two major progressive games to choose from, though they aren't allowed to offer both for some reason. This could have to do with NetEnt's policy of quality over quantity, and they've been known to pull games from their offering over time, especially if they feel like a new release will make it obsolete. We actually saw them pull more than four games all at the same time for this reason a couple of years ago.

NetEnt really dominates the progressive jackpot portion of the online casino world with the Mega Fortune linked jackpot. Both the original and the Dreams version tie into the same progressive jackpot, so players are able to win some pretty huge amounts of money. This game has paid out in the eight-figure range more than once, and if there's going to be a game to break their world record, it'll probably be the same jackpot that set the record in the first place.