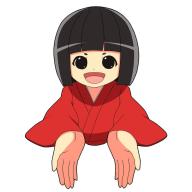 In the spirit of ridiculous names for online slots, Realistic Games has released the Super Graphics Super Lucky online slot as a sister release to the Super Graphics Upside Down game. This game uses three reels, and it's based on the idea of a Japanese vending machine. It's a pretty atypical title, but it does go to show that three-reel games are alive and well with companies like Realistic Games coming up with new spins on a genre that many consider to be dead.

This game has multiple bonus features, chances for big wins and a lot of interesting gameplay attributes. For example, you can win 12 free spins in one bonus round, or you can win a chance at a jackpot trail in another bonus feature. A progressive multiplier is also available in these features, and that just goes to show that the payout structure is largely shifted in the direction of a ton of value waiting for players in these features.

It's not uncommon for there to be sequels to games with brands that have been created by a software developer. Two really good examples of this are the Avalon and Jack Hammer lines of games. The Super Graphics line of titles from Realstic Games, however, does not seem to be based on the idea of sequels. Instead, they're building multiple games using the same collection of characters and similar graphical motifs as a line of related games instead of pushing them along some sort of timeline with multiple titles. This is a different approach than what we normally see, and it's a direct result of the demand that they had for similar titles after their Super Graphics Upside Down game was so popular.

Realistic Games has been on a bit of a tear in 2015 with new titles, but they aren't done yet. They have at least two more slots coming out before the end of the year. They've also announced a new blackjack title with multiple side bets, and that just goes to show that they're not just an online slots vendor. Table games haven't seen much innovation over the past several years for the most part, and it could fill a big demand if they were able to take up that cause to some degree.