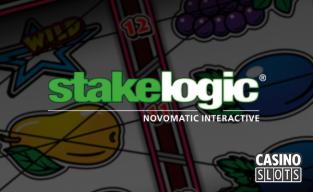 Dutch casino games developer Stakelogic have published their latest newsletter, which details some of the main events for the company in the last few weeks. With new games and a move to new offices, it's been a busy time.

Two games were launched in August, with another two due for release in September. Last month, Stakelogic introduced Fruits Gone Wild DLX to the world. This classic slot machine has wild reels to help players to collect more winnings, along with the chance to claim big prizes when the rich variety of fruit symbols appear across the paylines. It's an updated version of an existing game, with improved graphics and enhanced features.

Multiplayer 4 Player was also launched in August. This exciting game is inspired by classic fruit machines in land-based casinos, with poker tables and cocktail bars in view behind the reels. Four different game modes that activate extra features, plus a fifth Superbet option are available. In Superbet mode, six reels are active and players are treated to wild symbol subtitutions.

On 27th September, ClassicJoker 6 Reels will be released. This retro styled slot has wild Joker symbols, plus a special SUPERMETER, which boosts winning chances as the six reels spin.

Another September launch is scheduled for Great Wars. This game is set in a mythical kingdom, where 2 wild symbols can combine to create some of the top winning spins. A free spins feature plays out on a different set of reels in this stunningly animated slot game.

Stakelogic On The Move

If that's not enough for a busy developer to contend with, Stakelogic have moved. The company is opening new studios in the 'Sectie C' creative hub in the Dutch city of Eindhoven. We look forward to new launches and more exciting developemnts in their next newsletter.