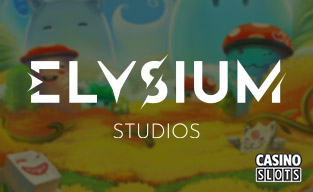 Elysium Studios is a young software developer that launched its first online slot in September 2021. People behind the brand wanted to make a statement and show their capability to deliver not only unique but also truly appealing top-notch content – and they actually did it.

Supa Crew was warmly greeted by casino players, and for good reason: this game has an original and well-thought-out theme, which is nicely complemented by crispy graphics, attractive sound effects, and, naturally, a decent package of bonus features. Well, let’s take a closer look at the spinning stories from this studio and try to dive into the nitty-gritty of its idea of the perfect slot machine.

No Secret To A Good Online Slot

Before turning to the games made by Elysium, just a couple of words about the Stockholm-headquartered company itself. It became known to a wider gambling audience in 2020, following the merger with Maverick Technology Ltd, a slot maker based on the Isle of Man. At that time, Maverick already could brag of a striking line-up of big-name partners, including EveryMatrix, BetConstruct, GamingTec, QTech, and Flow Gaming, to cite just a few.

In addition to that, the company boasted a ground-breaking RGS (Remote Gaming Server), providing numerous opportunities for creating premium products fully tailored to the needs and whims of the most demanding clients. With the aforementioned merger, Elysium got endless possibilities not only to design highly customizable games based on the best math models but also to attract other software developers who wish to leverage the studio’s innovative tools and solutions to produce their own online slots. Well, needless to say, in such a case, all titles would be released under the Elysium umbrella and distributed across the company’s network of operators.

There is one thing that might interest all fans of good one-armed bandits: in July 2021, Per Eriksson joined the team as the Chairman of the Board. For those who don’t follow the developments in the industry, Ericksson is the former President and CEO of NetEnt. He headed up one of the world’s largest online gambling companies from 2012 to 2018, the six years during which Starburst (have you tried the XXXtreme version?), Jumanji, and many other old-time favorites were brought to life. We bet you get what we’re trying to say.

Many Charms of Supa Crew

Elysium Studios made its debut on the iGaming scene with Supa Crew, a 5-reel and 10- pay line story that kindly returns to players 96% of all staked money, which is pretty close to online slots that offer the best chance of winning. A fantasy-themed game, it takes punters on an exciting journey in the company of magical creatures able to deliver hefty wins. A great fit for both newbies and seasoned pros, this title can be played already at $0.30 a spin while the maximum bet is set at $50.

As always, the excitement reaches its peak during one of the extra features, and luckily, Supa Crew doesn’t have a shortage of add-ons. Players can benefit from colossal 3x3 symbols and re-spins enriched with multipliers. In their turn, Mystery badges are in charge of huge prizes generated by the innovative engine of this medium volatility online slot. One more great thing is that ten lines pay both ways, providing for more opportunities to land a win and have fun.