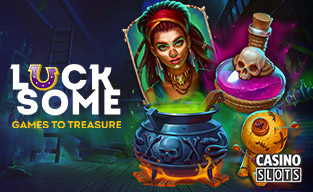 Lucksome Games joined the online gambling industry in January 2021, in the middle of the global health crisis. Dedicatedly working to design a brand, and create a roadmap, the studio has managed to deliver a couple of enticing games, and inspire people to talk about its products.

Thanks to the great technology and distribution partner, Blueprint Gaming, and its reliable RGS platform, the studio could enter the industry smoothly, without having to tackle the usual startup challenges. All they had to do was focus on what they describe as the ultimate goal- raising player awareness of the brand.

Distributed via the RGS Platform by Blueprint Gaming in April 2021, Divine Links was the ice-breaking game for Lucksome Gaming studio. Though the name may not hint much, the game displays Aphrodite as the main character. A tribute to the vintage games, Joker Maxima is home to delicious fruits and a Joker.

Furthermore, Lucksome Gaming draws inspiration from Norse mythology, and voodoo magic, but it also finds more than enough interesting material to build a slot game by exploring a jungle or admiring a plate full of mouth-watering candies. All in all, the studio belongs to developers who are not afraid to explore different themes and shape them into engaging games.

How Diverse are the Features? 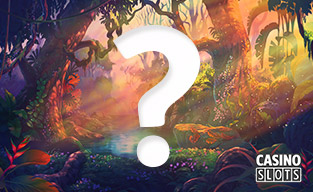 Aside from the ordinary element such as Wild symbols, multipliers, free spins feature, and more, their games incorporate a range of authentic features designed to revolutionize the gameplay. For example, the debut title brought Lux Reels™ which provides higher winning frequency, and Lucksome Locks™ which give players additional chances to trigger the bonus.

Joker Maxima gives players the chance to choose between two different modes and opt for either Classic or Maxima Mode which, instead of ordinary, has Mystery Multipliers and higher volatility. Loki Lord of Mischief himself grants Colossal Cash symbols or multipliers, while Tiger in Way of Tiger leaves a trail which adds sticky multipliers on the reels. Voodoo Temple has a special Shadow Mode where Win Multipliers change the value after each spin.

Bon Bomb Luxpots, as the name hits, features one new element called Luxpots™ Prize Ladder. Also, depending on the operator configuration and local regulations in particular jurisdictions, players can choose from one of three Modes.

In terms of functionality and responsiveness, it is important to note that their games are developed in HTML5 technology, which means that they are suitable for both desktop and mobile devices. Also, they feature a wide range of languages and currencies, which indicates they are aimed at the international market.

Led by Brian Upton, an expert with extensive experience in both land-based and online gambling sectors, the Lucksome Gaming team has what it takes to create games that deserve players’ attention. Some of the many companies team members have worked for include the likes of NetEnt, Yggdrasil Gaming, BGaming, SoftSwiss, Inspired, and more.

Relying on modern technologies and following the current trends in the sector, the supplier manufactures games tailored for specific preferences. They strive to create a working environment where different opinions and ideas are welcomed and appreciated, which is precisely the secret of their success.