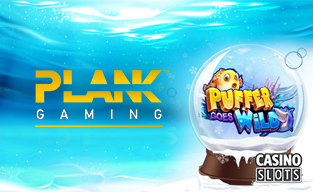 In a time where new game developers seem to pop up on a regular daily basis, it is really hard to determine which ones are good, and which ones truly deserve our attention.

Every now and then, a special little brand emerges from the sea of mediocrity, and Plank Gaming is surely one of them. These guys hail from Malta and they’ve released their first game in December 2018. Over a relatively short span of time, they’ve managed to accomplish so much.

Not only do they develop and publish their own games, they are also on the prestigious roster for Net Entertainment’s Connect platform, and some of their games come courtesy of Microgaming’s own Quickfire gaming platform.

To put it simply, let us quote Liam Mulvaney, the company SEO: “Plank Gaming is a rising star slot development studio based in Malta. Our USP is that we focus on the core aspects of an online slot – theme, design, math, mechanics, etc – to ensure that they are the absolute best they can be.

We go to great lengths to connect to and communicate with real slots players to learn about the latest trends and what they do and don’t like to see in games. We then feed this information back to our team of developers to ensure the slots we launch are the slots players are looking for.

So while other developers focus on innovation and reinventing the reel (see what I did there!) we believe that focusing on the player and the key aspects of a slot is the best way to develop games that stand the test of time and players return to again and again and again.”

Even though they have only released a handful of games so far, all of them have shown great promise and spawned a great deal of interest among players. Let’s take a closer look at some of those!

Their first game called Puffer Goes Wild came in December 2018, but nowadays it is featured only in a select few online casinos. Nevertheless, it is a cute little game, that takes place somewhere in the tropical ocean, and comes filled with various colorful fish as symbols.

The second release came in the form of a game called Rich Geyser, and perhaps the most interesting fact is that it was released as one of the titles on Microgaming’s Quickfire platform. The game can be characterized as simple both mechanically and visually, as it features five reels, 3 rows, and 10 fixed paylines spread across these.

The oil theme is definitely different from what’s out there, so kudos to providing a whole new theme which we weren’t able to play anywhere else.

Neptune Rising is yet another video slot with an underwater theme, but this time it’s focused on the ancient ruler of the seas.

If you like these, you will surely like all the other stuff they have made so far!

Just by taking a quick glance over the games released so far, it is clear to see that this is a team of highly creative, yet experienced individuals. All of them feature 3D graphics, and look amazingly good across different mobile and desktop devices.

When it comes to different gameplay elements, they offer a healthy mix that attracts many new players, including extra spins and wild symbols, but they also know how to throw in some of their own unique features, depending on the game you choose.

If you take a look at how they deal with paybacks and the overall fairness of their games, it’s good news that the folks at Plank Gaming aren’t reluctant on revealing the return-to-player percentages. These guys are very honest and open, and that is yet another way of winning over many new fans and followers.

When you consider it all, it is easy to come to the conclusion that these guys have accomplished quite a lot over a relatively short period of time. They’ve released their first game in December 2018, and less than two years later they have managed to sign important partnership deals and start making games for some of the industry giants such as Net Entertainment and Microgaming.

Even though their portfolio isn’t exactly a large one, the good folks at Plank Gaming have intrigued us with their titles, and we can’t wait to see more of those!