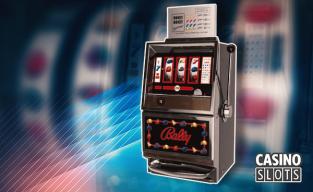 In the 1960s reels changed mechanical control for electromechanical while the 1970s brought the digital era. One of the most recognized names in the global industry today, Bally Technologies created the first electrically operated slot machine and introduced it to the public in 1963. Named Money Honey, it immediately became a smash hit.

Long Way To The Top

Founded in 1932 by Raymond Moloney as the Bally Manufacturing Corporation to produce wooden pinball machines quite popular at that time. The name of the company was actually taken from its first game …

In the late 30s, Chicago-based factory started to develop an interest in gambling equipment and soon turned out to be a successful producer of one-armed bandits, one of the most prominent in the USA.

Naturally, World War II made its own corrections as many factories were forced to change their assortment in order to contribute the victory. As for Bally, its workers produced munitions and airplane parts, so the best time of slot machines was yet to come.

The end of the war brought back a cheery atmosphere …

… way past suitable for new “civil” products: bingo, flipperless pinball, and, of course, fruity machines. Like other slot manufactures of that time, Bally also built vending appliances and even established a coffee vending service. 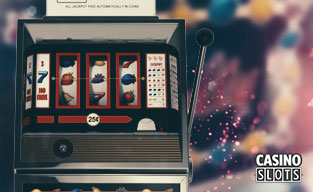 After the death of Ray Moloney in 1958, Bally briefly lost the battle with financial difficulties and was bought out by a group of investors. Throughout the 1960s the company continued to dominate the slot industry by holding 94% of the Las Vegas market by 1968.

Naturally, one of the main reasons for such supremacy was …

… revolutionary Money Honey – a real masterpiece of its time.

Even though the machine was operated entirely electrically, it still featured the pulling lever – setting the reels in motion in the traditional way was a favor for all devoted punters.

In fact, the designers decided to keep already unnecessary “arm” for some time as playing slots without it could be too strange for a big number of casino visitors. What comes to Money Honey, it was also the first slot supplied with a bottomless hopper – this novelty made possible automatic payouts of up to 500 coins.

Former Advanced Patent Technology, Bally continued to thrive during the 1970s by supplying casinos with dollar slot machines, video screens, and random number generators. It’s worth mentioning, that in 1972 they made an offer to Gunter Wulff (the most famous creator of slots in Germany) who accepted the cooperation and founded Bally Wolff brand.

Being the first gaming company listed on the New York Stock Exchange in 1975, Bally Technologies has grown into the international conglomerate with a cutting-edge portfolio of both land-based cabinets and video slots. With the ultimate focus on gambling, today this brand operates as one of the subsidiaries of Scientific Games.

Paying our respects to incredible Bally, for the first true video slot we actually have to thank another American company - Fortune Coin, then based in the capital of the gambling universe. Constructed in Kearny Mesa California in 1975, this game took advantage of an adapted 19 inch Sony TV as the display and at the beginning was exclusively available in the Las Vegas Hilton Hotel.

Needless to say, virtual reels soon became a hot ticket among the players. In 1978, Fortune Coin was purchased by IGT, one of the leaders of today’s global market.