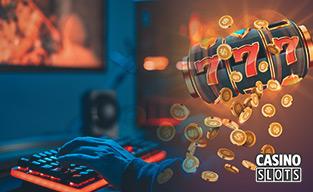 Online casino streaming is gaining momentum with more and more gaming enthusiasts joining the global army of slot streamers. Some of them have succeeded In creating a truly massive following while others are still in search of their audiences.

Despite what many think, the real charm about broadcasting slot gameplay is not that viewers can win a variety of awesome rewards, although bonus spins and cash prizes are also welcome. The true allure of the concept is a highly interactive and lively experience it provides for all participants, of course, if streamers are very good at what they do.

Without further ado, let’s get to know the top slot streamers and learn about their backgrounds, roads to success, favorite games, and biggest wins! 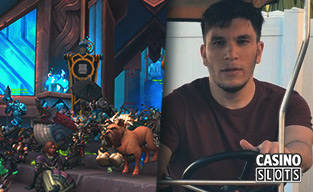 Born in Austin, Texas, and raised in Scottsdale, Arizona, Tyler Faraz Niknam debuted on Twitch at the beginning of 2015 streaming video games, with Call of Duty, Halo, and World of Warcraft being his faves. Online slots were added to his repertoire in 2018 and today, TrainwrecksTV has a huge crowd of followers – more than 1,500,000 as of September 2021.

Combined with a great sense of humor, his desire to play big earned Tyler great popularity among the international gambling community. Among his favorite slots are Razor Shark, Ankh of Anubis, Floating Dragon, Gates of Olympus, and Book of Shadows, however, the game that made this US streamer famous is Buffalo King from Pragmatic Play. Tyler was lucky to trigger the free spins feature and strike a whopping $769,500, which is his largest win to date. 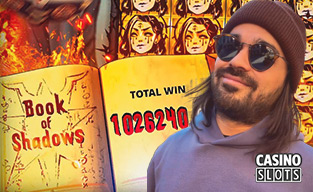 Roshtein is a legend and even people who do not like his style that much admit it. Active since the beginning of 2016, this handsome Swede literally made history this year hitting in April a staggering €1M Jackpot on Book of Shadow designed by Nolimit City. Other impressive hits of Ismael Swartz (Roshtein’s real name) are €500,000 on Fruit Party, €280,000 on Mystery Museum, €215,000 on Chaos Crew, and €210,000 on Rosh Immortality Cube Megaways.

He still holds a Twitch record for highest peak viewership (84,977 viewers) and has almost 800,000 followers. Like the majority of other casino streamers, he is also active on YouTube. By the way, Roshtein made half the careers of his friends – VonDice and DeuceAce, introducing them to the gaming community and sharing his rich expertise in the field.

Amazing Malta is home to a great many slot streamers including seven members of the ClassyBeef team: Joe, Espen, Nando, Jonte, Georgi, Biggo, and Lamar. Even though they cannot brag of such a huge number of followers as TrainwrecksTV, their audience is growing constantly, counting nearly 200,0000 fans at the time of writing this article.

ClassyBeef went online in December 2018 and since then, the group of passionate slot players has managed to land plenty of attractive prizes. The latter triggered concerns among some people who suggested the team was playing with “fake” money but these rumors were absolutely baseless. The secret to frequent wins is pretty prosaic and has more to do with math than with scams – they spin the reels every day for 16 hours, boosting their chances to hit a lucky combination.

The biggest jackpot hit by these guys thus far is a nice $528,800 on Push Gaming’s Land of Zenith. They also like Fruit Party, Sweet Bonanza, and Madame Destiny Megaways. In case you were wondering, the name of the team simply reflects their deep fondness for a good beef steak.

One of the new kids on the block, Andrew VonDice started his streaming career in January 2021 with the help of Roshtein as was already mentioned. VonDice is easy to recognize thanks to his unchanging combo of black sunglasses and a black baseball hat.

€126,500 on Rosh Immortality Cube Megaways (a creation of GameArt) is his largest win so far. However, this talented slot buff from Sweden is just at the very beginning of his path towards stardom. The fact Andrew plays online slots every day with rare exceptions leaves no doubt in his bright future adorned with far more impressive wins. 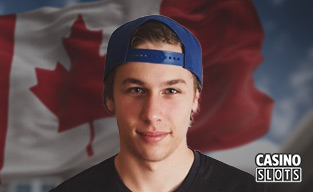 Cody Burnett, a warm-hearted Canadian, streamed his first slot play in 2015. Known in the gaming world as Xposed, he has never tried to hide behind enormous sunglasses or pretend to be a riddle wrapped in an enigma. Quite on the contrary, Cody always gladly lets fans have a sneak peek of his real life, showing his adorable dog, as well as his charming girlfriend and even their baby.

Despite Cody’s deep passion for virtual one-armed bandits, his biggest win was generated by Crazy Time, an incredibly popular live game show from Evolution Gaming. Well, no doubt, $500,000 is an awesome reward, however, we’ll wait for this streamer to hit a not less impressive prize on slots. 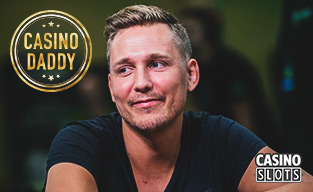 We bet you heard of CasinoDaddy, a hard-working trio of three handsome brothers: Mathias, Erik, and Karl Anton Joelsson. Considered pioneers of casino streaming, this Swedish team launched its own Twitch channel in 2016 but the brothers became involved with the community much earlier when in 2011 they started watching content produced by others. 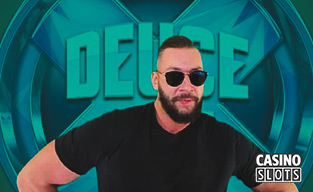 Another top slot streamer who lives in Sweden, DeuceAce joined the community in 2020. Jay was actually born in Poland and moved to this beautiful Scandinavian country as a child, which gave him an opportunity to make friends with Roshtein and VonDice already during his school years.

When it comes to Jay’s perfect fit in terms of slots, it is certainly The Dog House that delivered DeuceAce his largest win to date - a massive €129,122. His Twitch channel has over 177,000 followers and the number is growing steadily.