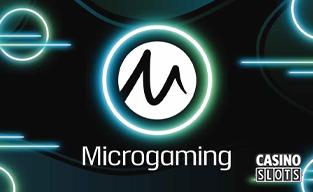 If you have been following the slot news in the past few months, you’ve probably noticed a bunch of Microgaming’s titles enhanced with the Hyperspins™ feature. While the prefix hyper may sound a bit grandiose, there is no mystery behind the respins brought by this extra, just pure math. Let’s dive into the nitty-gritty of this innovative reel mechanic and find out whether it’s worth a shot.

What Are Hyperspins™ In Microgaming’s Slots?

In brief, Microgaming’s Hyperspins™ mechanic is an optional paid respin feature available in the base game. In more detail, it activates after the first spin and lets players choose to respin a reel (one at a time) as many times as he or she likes, offering additional chances to hit a winning combination.

Even though the cost of a respin is calculated separately for each reel, the difference in value doesn’t indicate a lesser or greater chance of winning. In other words, regardless of whether you pay $0.1 or $0.5 for a respin, your odds to complete a sought-after sequence are the same. Only wins that involve the respun reels are paid while any change of bet will disable the feature until you spin again.

Is The Hyperspins™ Feature Worth It?

Well, just like everything in life, this feature has its pros and cons. The most obvious benefit of respins is that punters get an extra chance to turn a non-winning spin into a win. Or even better, your next combination can trigger a bonus game, which means you will be able to take advantage of a certain number of free rounds. In fact, players can even develop their own strategies, respinning a single reel independently at a variable cost and opening up the potential for big rewards. It’s also worth mentioning that respins come with a higher RTP compared to the return in the base game.

On the other hand, Hyperspins™ will cost you more, hence in the case of non-winning respins, the whole thing can be pretty expensive. As already mentioned, this feature is optional, so it’s important to demonstrate a certain amount of due diligence when making a decision. Slots are a game of pure luck and nobody can guarantee you a prize, hence act accordingly. Demo mode is a great way to put to the test this reel mechanic before playing for real money, so you are welcome to check out our vast directory of free slots created by Microgaming and its independent studios.

Which Slots Have Hyperspins™? 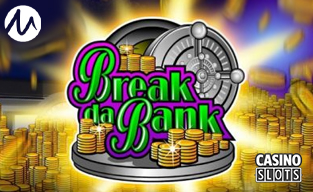 This feature came into the limelight in August 2019 with a launch of Break Da Bank Again Respin, the third and most action-packed installment in the popular Break Da Bank series. Since then, the legendary software provider based on the Isle of Man has introduced a number of slots enhanced with Hyperspins™, the majority of them were created by Triple Edge Studios. Let’s take a closer look at each of these exciting spinning adventures.

Developed by Gameburger Studios, this 5-reel and 9-pay line slot unlocks all the untold treasures of the well-beloved by punters Break da Bank stories. Jam-packed with action, Break Da Bank Again Respin offers plenty of opportunities to trigger free spins boosted by impressive multipliers of up to x25. The high volatility of this title is nicely complemented by a decent maximum win of 4000x initial bet and matching RTP of 96.08% in the base game and 96.58% during the Hyperspins™ feature.

Released in September 2019, just a month after the debut of Hyperspins™, Book Of Oz Lock ‘N Spin was designed by Triple Edge Studios. Sequel to highly acclaimed Book of Oz, this visually stunning title offers not only thrills and chills of respins but also a unique 2d Chance feature that lets players choose whether they want to keep the original randomly awarded expanding symbol or reshuffle for a chance to upgrade it.

The fabulous book acts as both a wild and a scatter and triggers up to 25 free spins. Another high volatility story, it boasts a maximum win of 5000x total bet and returns to players 96,35% or 96,60% in the base game or during the Lock ‘N Spin bonus respectively.

The first Hyperspins™ release in 2020, African Quest is another brainchild of Triple Edge Studios. Its 4x5 playfield features 1024 ways to win and offers punters to take advantage of the whole three different free spins bonuses, each is enriched with wild multipliers. To make things even better, top-paying lions come in stacks of 2 or 3 while scatters can bring you up to 40 free rounds and up to 64x multiplier. The RTP of this game is 96.02% for regular play and 96.52% for Hyperspins™. 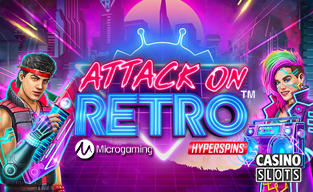 One more creation of Triple Edge Studios, Attack On Retro hit the floors of online casinos this March to invite all slot buffs to embark on a 3x5 futuristic journey in the company of handsome Billy and charming Jesse. By the way, the two of them are wilds that can’t substitute for each other but can combine to award a mixed win.

The game offers players to land their lucky combos on 10 fixed pay lines and win up to 5000x bet with the help of random wilds and 3 types of free spins boosted by multipliers and wild reels. The RTP of this blockbuster is set at 95.58% for the base game and 96.08% for the Hyperspins™ feature.

If you like 243 ways to win slots, then Lucky Riches Hyperspins™ developed by Slingshot Studios can easily become your next favorite. Launched in May 2020, it offers players to tap into the luxurious atmosphere of the world’s most opulent casinos. The state-of-the-art Hyperspins™ mechanic helps them complete winning combinations or enter the coveted free spins bonus, where all wins are generously multiplied by 3x. As for RTP, it is 96.52% for regular play and 97.49% for play with respin feature.

A true high volatility wonder released in August in collaboration with Alchemy Gaming, this fantasy-themed online slot has a 5x3 grid equipped with 20 pay lines and unleashes the powers of Microgaming’s popular Hyperspins™ mechanic through random hero spins, giant wilds, and free rounds that can be retriggered unlimitedly. The opportunity to win up to 1000x on a single spin combined with an RTP of 96.36% does add to the premium player’s experience.