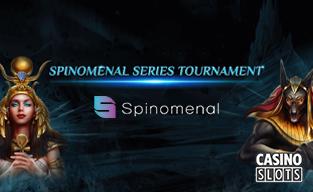 Spinomenal is one of the software developers that early recognized slot tournaments as a great promotional tool able to provide mutual benefits for all parties involved: players, online casinos, and game makers. Over the last few years, the Israel-headquartered company has run different contests across gambling websites they supply with virtual one-armed bandits, but the Spinomenal Series Tournament is the one that managed to make a big splash.

Introduced in May 2022, this spinning’n’winning fest immediately attracted a great number of players from all corners of the world and, of course, this fact did not surprise anyone because there was a massive €60,000 reward in real cash up for grabs. What’s more, the second event which started at the very end of June had an even more impressive prize pool of €100,000 and, as a result, was very well attended.

Let’s take a closer look at the Spinomenal Series Tournament and find out what is the secret to its huge popularity.

Only the Best Online Casino Slots

One of the secrets to success definitely lies in the selection of games that can be played during the tournament. First off, Spinomenal is widely famous for its unique casino slots that provide the most sought-after combination of an interesting storyline, superb visuals, and engaging bonus features. Titles made by this software provider are among the favorites of a great many punters who, naturally, did not want to miss the opportunity to add an extra layer of excitement to their usual pastime.

To make things even more fun, the choice of games varies from one round to another, letting slot buffs try different releases, including the latest novelties. For instance, each of the four rounds of the first tournament was dedicated to a certain series of games: Demi Gods, Wolf Pack, Lucky Jack Adventures, and Majestic Beasts respectively. The second tournament had six rounds and featured a wide and diverse range of slots to collect points, from African Fortune and Queen of Fire to universally beloved Book of Demi Gods II, which by the way, was available throughout the whole event together with Majestic King. 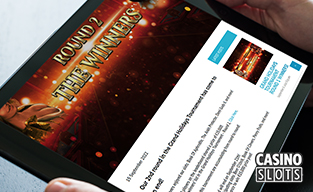 Prize Pools Worth Spinning For

The size of a prize pool is always one of the decisive factors – no matter the type of slot tournament. Contests organized by Spinomenal offer really attractive rewards for the top 100 players on the leaderboard. For the sake of example, let’s look at the distribution of prize money for the latest event, which ran from June 30 to August 11 and consisted of six rounds. Rounds 1 to 5 had a €15,000 prize pool each while the final Round 6 offered €25,000 to the first hundred participants.

And here are the prizes won by the top 100 players in Round 6:

The wide geography of participants is also reflected in the list of winners who received their well-deserved rewards in a broad variety of currencies that range from Euro, US and Canadian Dollars, and popular cryptocurrencies to Turkish Lira, Argentine Peso, and Thai Baht. 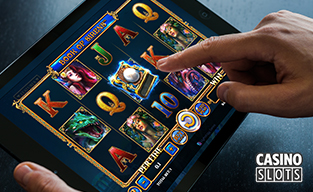 Another important factor for players who love spinning against other online slot buffs is the tournament rules, with the minimum bet requirement usually being the first detail to check out. Featuring a minimum stake of just €0.20, Spinomenal Series tournaments leave no doubts about their wide affordability.

As for the rules for determining winners, they differ from one round to another, making the competition even more thrilling and fair. Depending on the round, players may get 1 point for every winning spin, every 10 spins made, or each time the symbol showing on the top bar appears on the reels. In some cases, participants get points based on the win multipliers of their winnings bets, so for instance, €10 won with €1 staked will bring 10 points. Even though there is no accounting for taste when it comes to leaderboard rules, the vast majority of slot enthusiasts will accept the challenge of showing their mastery in different fields.

The latest Spinomenal Series event has just ended and while you are waiting for the next opportunity to play your favorite online slots from the brand’s popular game series, make sure not to miss another spectacular contest - the €500,000 Grand Holidays Tournament run across the best Spinomenal casinos!