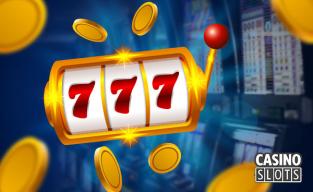 Since the first video slot appeared on the Strip in 1975 and until quite recently, players were pretty happy with the easy concept: hitting three matching symbols on the middle row was the only way to achieve a cherished goal.

No complicated rules hard to figure out, no extensive paytables impossible to memorize … just well-familiar symbols and cheery sounds, in short, pure fun.

… and as times change, everything needs an update. Punters get more and more demanding, software developers can’t help but compete in satisfying the ever-growing appetites. As a result, reel layouts look like irregularly-shaped polygons and have the power to generate thousands of winning patterns.

Who can resist such an action-packed adventure? Gorgeous music is here to celebrate your every lucky hit, and, gosh, they happen pretty frequently! You are winning all the time …

Or does it just seem so? 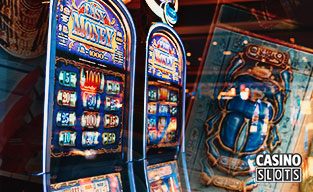 Isn’t that what really matters?

Landing a winning combo on slots amplified with multiple pay lines often brings a small payout, which is far less than the amount of staked money. At the end of the session, you can realize that your totals look fade, and numerous wins didn’t contribute to your bankroll.

your chances are equal in both cases …”

Does it mean, you should bid farewell to the immersive world of thrilling stories and gripping escapades powered by innovative mechanics able to produce a myriad of ways to win?

Isn’t it better to stick with plain-vanilla 3 reels and focus on the gameplay instead of putting emphasis on entertainment aspect?

Don’t jump to conclusions. Nobody would play multi-line slots if they do not pay, right?

By doing a bit of math, you will see that in the long run, your chances to win or lose are equal in both cases. Since the house edge is constant, long-term efficiency doesn’t vary with the number of lines played at a given total stake per spin.

But in the short run 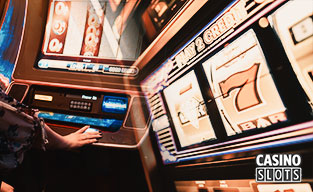 More frequent and smaller wins bonded to lower volatility lead to less profitable sessions that just give the impression of being highly successful.

On the other hand, the multi-lined bells and whistles are a good choice for cautious low-rollers, which are not obsessed with hefty prizes. Instead, they are looking for a longer time of the play, often placing a minimal bet on only one line.

Needless to say, such an approach would never suit an active whale or someone who plays progressive games in hopes for one of the whopping Jackpots: as a rule, you need to wager maximum coins in order to be eligible for a bonanza.

There is no one-size-fits-all solution, and as it often the case, players have to find their own hot ticket among the loaded directories of online casinos. The one thing is for sure: to determine your preferences, you have to give a chance to different options.

And there are so many to try!

The best way to get familiar with a wide range of titles is to play them in Demo mode. In doing so, you keep your bankroll safe and have all the time in the world to study the gameplay and master your skills.

In addition to that, you can always take advantage of numerous bonuses offered by all web-based gambling venues. Just be wise and make sure to read carefully the T&Cs of a particular perk in order to avoid high wagering requirements and unreal time frames.

Either way, you will get a pretty good idea of what you like and what you don’t like, as well as what game makers provide releases that suit your taste.

As they say, take your pick, you can’t go wrong.