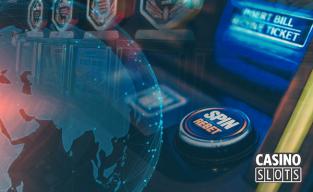 The year 1963 when Bally Technologies introduced the first electromechanical slot machine was the turning point for the whole industry. Soon, things started to progress very quickly and already in 1975 Fortune Coin made a debut with the first true video slot.

Virtual reels took the entire story to the next and newly defined level of popularity. Casinos were striving for more amusing devices, which now could offer a far richer choice of themes.

Build in sunny California by a creative team of five included R. Greene, W. Beckman, N. Cerracchio, J. Reukes, and L. Black, this machine used a considerably modified 19 inch Sony Trinitron color TV as a display and was mounted in a full-size cabinet. The very first place to have this attraction was …

The trial turned out to be a great success and after performing some “cheat-proofing” alternations, Fortune Coin got approval from the Nevada State Gaming Commission for its vibrant brainchild.

From that moment, video slots were unstoppable …

… taking more and more place on the floors of numerous casinos located on the Las Vegas Strip. In 1978, legendary IGT bought Fortune Coin and continued to improve their video slot technology. In the years that would follow, IGT would outdo Bally Technologies as the largest slot manufacturer. 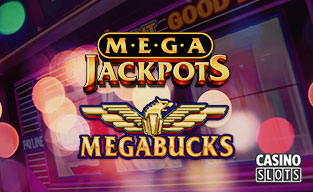 The wooden Broadwalk of magnificent Atlantic City joined Las Vegas by legalizing gambling in 1978 and becoming the second big stop for all punters. Naturally, digital opportunities meant a whole new world not only in terms of cutting-edge technical solutions but also in the matter of fun as the primary idea. In fact, a plethora of innovations were introduced to make fruity entertainment even more engaging and easier to play.

The side pulling lever became useless and was removed a long time ago. Punters didn’t have to walk around with tons of coins any more …

… since $100 banknotes were way past welcome.

Colorful, multi-lined and supplied with a greater number of reels than just classic three, modern one-armed bandits were able to offer truly diverse content for every style of a player.

In 1982, IGT launched Megabucks – a top-notch masterpiece of those days, which shortly after would be enhanced with a progressive or Megajackpot system created the same year in Nevada. Connected throughout the state, all slot machines would contribute to the growth of the top prize.

In 1984 Inge Telnaus was granted a U.S. patent for a computerized method of determining the results of a slot machine. Hired somewhat earlier by Bally Technologies, this talented programmer was actually assigned to create a concept of larger jackpots that could be appealing to punters and harmless for the house at the same time.

...Telnaus worked out a unique random number generator that soon would be used in the majority of gambling devices. It’s hard to overestimate this hi-tech breakthrough and its impact on the development of the slot industry in the next decades.