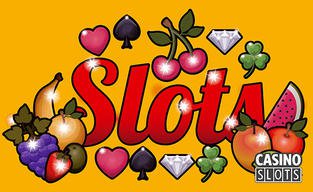 The fruit is one of the most consistent themes in the development of slot machines. In fact, the first image that comes to mind at the mention of slots is the old-fashioned classic-style gaming machine with cherries, lemons, watermelons, and plum as symbols.

The love story between slot developers and fruits dates back to more than 100 years ago when these gambling machines were just becoming a thing.

Where it all began

The earliest documented fruit machine is the Operator Bell, which was invented by Herbert S. Mills and Charles Fey in 1907. The coin-operated machine featured the timeless cherries, blueberries, and lemon symbols that we have become accustomed to today.

A few years later, gambling became widely illegal and operators would use Trade Simulators to avoid prosecution. The machines paid out in the form of fruit-flavored chewing gum, depending on the winning symbols depicted on the reels.

The fruit theme carried on to the electromechanical machines first developed by Bally Technologies in 1963. The slot machines, known as Honey Money, featured lots of different fruits like melons, oranges, cherries, and lemons, and they could hold way more coins than their predecessors. The ability to hold more coins also translated to bigger jackpots for players.

In the mid-1960s, fruit machines, fondly known as fruities, became so popular in the UK and across the globe, inspiring more manufacturers to join the bandwagon. The goodness of the fruit has lived through the ages, and it continues to be a huge part of the modern era of gambling.

Fruity slots in the modern era

Unlike the Bell Operators of the early 20th Century and electromechanical machines of the 1960s, modern fruit slots are way more sophisticated and elaborate.

To top it off, you don’t have to visit an arcade, bar, or land-based casino to play your favorite fruit-themed slot machine in the modern era. All you have to do is sign up with a reliable online casino, select a title from the slots library, and start spinning away.

There are hundreds, if not thousands, of different fruit-themed slot machines in casinos online, and new titles continue to hit the market by the day.

The fact that developers have been consistent in producing these fruity machines shows that they appeal to a huge player base. The games have gained acceptance among players of all ages and levels, and the trend is not fading any time soon.

One of the reasons that continue to draw players to fruit-themed slots is their simplicity. Generally, an overwhelming majority of these games come with simple but advanced graphics, three or five pay lines, and the standard bonus features like wild and scatters. Occasionally, you might come across a fruit machine with other extra features like bonus rounds, bonus games, multiways, and jackpots but they are just a handful.

The simplicity of these slots makes them easy to play and suitable for players of all levels, including beginners.

The other attractive thing about fruities is that they are fast-paced, which makes the gameplay more fun and exciting. Also, fast-paced slots tend to offer better payouts since they focus on the base game and not the bonus rounds.

Fruity slots also make an excellent choice for players who want to walk down the memory lane.

The internet offers scores of juicy fruit-themed slots, and frankly, it would be impossible to list them all here. The choices range from classic-style fruit machines with just three reels to modern video slots with five reels and stunning 3D graphics and animations. You can choose from several game developers as well.

Some examples of popular fruit-themed online slot machines include:

The popularity of fruit-themed slot machines means that you can find ten or more titles in virtually every top online casino. For the new players who are just getting started with online gambling, you can check out our vast list of leading casinos to compare their offerings and select the one that suits you best.