Headquartered in the outskirts of Sydney, Australia, Aristocrat Leisure Limited is a betting firm that has a long history of putting out slot games for casinos throughout the world.In terms of game production, Aristocrat is definitely the largest firm in Australia and one of the largest in the world. The group was founded in the early 1950’s and has since grown to become a publicly listed company on the Australian Stock Exchange. If you are a slot player and have utilized a 243 Ways-to-Win machine in the past, you can thank Aristocrat, as they invented the style of game when it launched the slot Indian Dreaming back in 1998.

Sorry, there are no casinos by Aristocrat available in your country. Try these casinos instead.

Online gamblers will recognize Aristocrat for its video slots, which are offered on large internet companies such as Bet365, InterCasino, and Genting Casino.The games put out by Aristocrat on their online platform are a mixture of original content and titles that have been ported over from the group’s land based slots.

Aristocrat’s slots generally feature beautiful 2D graphics, loud casino-esque sounds, and a Gamble Feature that allows you the opportunity to double or quadruple your winnings. There aren’t a ton of Aristocrat titles that have been released online, but that number should continue to grow as the company continues to expand into the online betting world. The most popular online game is Choy Sun Doa, which you can play for free with no download needed.

While the majority of Aristocrat’s business is done on the landside of things, the group is continuing to push into the digital world. This includes the rapidly growing mobile betting sector, which has seen Aristocrat introduce several apps for mobile punters. Although none of these apps include any real money play as of now, the groundwork has been laid for Aristocrat to make the jump when the proper time arrives.

Another interesting merge into the online betting world is Aristocrat’s Oasis 360 platform, which allows land casinos to integrate with an online site, allowing players to use their casino loyalty points and rewards on both systems.

Because it is one of the largest casino gaming production firms in the world, Aristocrat software is generally subjected to very stringent processes in order to ensure that its platforms and games are secure, safe, and fair to players. The group is licensed to operate in Australia, the United States, the United Kingdom, South Africa, Macau, and other destinations. While many of these spots do not sanction online gambling, those that do regularly do permit Aristocrat titles, as the group carries all of the certifications needed on for a top-level operator.

Games offered are generally 2D slots that have been ported over from the land casino side of their corporation. These games are a lot of fun and pack a set of features that will leave you coming back for more. Players who play Aristocrat games shouldn’t be concerned about the security or fairness of the games, as the group puts its software through very stringent tests and holds gaming licenses from reputable spots around the world. 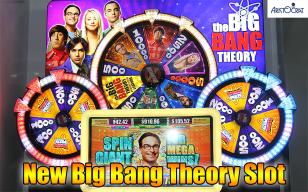