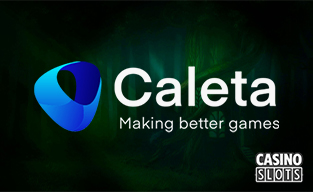 Caleta Gaming is a Brazilian software developer of online casino games with a strong focus on the LATAM market. The company was founded in 2013 by three partners, each of them already had experience in the industry, working for other gaming studios.

What started as an ambitious yet small project with an office in Santa Catarina, today is a well-established brand that operates not only out of Brazil but also out of Gibraltar and Mexico. More than that, thanks to numerous strategic partnerships, Caleta can brag of a steadily growing presence in the regulated markets worldwide. 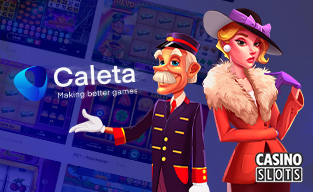 The company’s slogan “Making Better Games” is not just a catchphrase but a powerful motto that encourages the team to move forward and never rest on the laurels. They constantly seek not only to improve their premium gaming products but also tools, which by the way, are 100% made in-house. Caleta Gaming takes pride in its state-of-the-art proprietary platform, as well as the fact, they have never outsourced any of the game production services.

It’s safe to say, this software developer is pretty prolific or, if you like it better, boosts high productivity, given that the team is still relatively small, counting ten members who now deliver about 40 titles a year. The company prefers to work directly with operators but also gladly integrates content with casino aggregators to expand the coverage and benefit from wider distribution. Some of the big-name industry players that have already penned deals with this Florianopolis-based studio are SoftSwiss, Pariplay, EveryMatrix, and Betconstruct.

As part of its global expansion strategy, at the beginning of 2021, Caleta made the entire slots portfolio available in eleven languages, including Spanish, Russian, and Turkish. However, it is pretty obvious that the brand’s next target market is an amazing and vast Asia as the content has also been translated into Chinese, Japanese, Korean, Thai, and Vietnamese. Well, no doubt, the library will soon be replenished with popular orient themes to reflect Asian rich culture and traditions.

Latin America is huge and, of course, not only the tastes of gourmets but also of players differ greatly from one country to another. For instance, bingo, keno, and other lottery-style games enjoy great popularity in Brazil and Mexico while punters in Chile, Peru, and Paraguay clearly give preference to online slots. In line with this, Caleta Gaming bases its portfolio around the two most sought-after types of pastime, offering both virtual fruit machines and bingo from day one.

As for one-armed bandits from this software developer, you can find a comprehensive review on the dedicated Caleta slots page. In short, the portfolio is pretty impressive, both in terms of the number of titles and the diversity of themes. The majority of games are built on a standard 5x3 grid but recently, the brand decided to pay tribute to the old good classic stories, launching 3-reel Cherry Cherry. Apart from wilds, scatters, and free spins, players can count on other bonus features with unique Gem Fever being just one of the rewarding treats. Plus, not so long ago, the brand introduced Rainbow Jackpot that awards three progressive prizes: Minor, Major, and Grand.

The collection of video bingo can kindle the imagination of most demanding fans of this exciting form of lotto, offering an extravaganza of colors and, naturally, awards worth shouting for. Played with four cards, all the titles are enhanced with a variety of extras such as Pick and Collect, Special Ball, Bonus to Bonus, to name just a few. In addition to that, the company also offers video keno, lotto, and vibrant scratch cards. Needless to say, the whole engaging repertoire is fully mobile optimized and easily accessible from all smartphones and tablets.