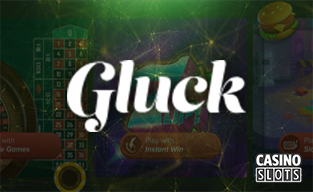 In the meantime, they had joined forces with the Gamevy group and their offices are now scattered across the UK, Germany, Gibraltar, and Spain.

In 2018, Gluck and Gamevy had merged officially into a new entity now called Gluck Group. This deal was signed one year after their strategic partnership was first announced. As a part of the deal, Paul Dolman-Darrall became the CEO, while Robert Lenzhofer will remain the managing director.

Probably the biggest shift of focus is on the inclusion of different state lotteries, such as The Health Lottery, Lottmatica, or Norsk Tipping.

Perhaps Dolman-Darrall best describes what the whole thing is about: “We’ve been close colleagues and joint partners for what feels like a very long time. We know that we have a uniquely talented bunch of designers, developers and marketers and we believe that good as the success we have seen separately has been, together we will achieve even more. It gives us the ability to innovate more in our product development, serve our existing customers better and reach a whole range of new customers as well.”

Sorry, there are no casinos by Gluck Games available in your country. Try these casinos instead.

Gluck makes all sorts of slots, table games, and instant win titles, but for now, we will focus on the seven slots they have in their portfolio.

Vomiting Unicorns - Yes, unicorns are commonly associated with rainbows, but over here, they are actually vomiting them, hence the name. We admit, the concept is quite weird, but it doesn’t come across as a bad game, quite the contrary.

Snake - Over here we have yet another unique game, this time it is inspired directly by the legendary mobile phone game that dates back to the times when our backpocket buddies only had monochrome LCD screens.

7UP! - Totally different from the previous two, 7UP! Is actually a fresh new take on the age-old concept of vintage fruit machines. Yes, the whole lot is here, but the good folks at Gluck simply can’t help but make all their games nothing short of fabulous.

The Link - This is a futuristic yet heavily simplified take on the classic slots of all times. Very classy and underrated!

Jingle Up - As the name implies, this one is all about the holiday spirit.

Spinlotto - Another weird concept - a slot game based on the visual commonly seen in bingo and lottery games.

10P Slot - A simple, classic slot with 3 reels and one payline.

Gluck Games and the Gluck Group have a bright and shiny future ahead of them, as it seems that they are stronger than ever. We can’t wait to see what new games this powerful alliance will bring about to our favorite online casinos.