In the modern online casino software environment, it's not really the goal of any of the smaller companies to try to get operators to use their software exclusively. This is an old model. Habanero Systems is a great example of the new model where operators use games from a variety of software vendors. They have a focus on quality over quantity, and this fits in perfectly with the current state of the industry. This is a company that has been around since 2010, but after being purchased by investors in 2012, has really turned a corner and become known for their games.

Habanero develops their games in HTML5 instead of Adobe Flash. The reason for this is simple: When you create a game in HTML5, it can be used on any platform that has an updated web browser without bogging down system resources. In short, HTML5 can do everything Flash can and more while using less memory and less processing power. This puts them in a position where they can efficiently release new titles for both desktop and mobile at the same time.

Video slots make up the majority of the games available from this developer with around 70 titles available at the time of this writing. The graphics and sound are both above-average, though they probably won't win an award for having the best graphics in the entire industry. This is completely fine, however, because their real focus is on gameplay. They're always coming up with new feature ideas and new concepts for games, and they also have an aggressive release schedule that includes at least one new game a month, on average. This is great for slots fans who always want to try whatever the next big thing is.

The selection of table games and non-slot titles is pretty good considering they have fewer than 100 games total. There is one blackjack game with rules that are easy to learn, Casino Hold'em, Double Exposure, Caribbean Stud Poker, a single roulette game with French rules (which are slightly better than European rules) and about 10 different types of video poker. One thing to point out is that the auto-hold feature will sometimes be incorrect because it's based on playing with one coin instead of being based on playing with five.

Habanero Systems has everything in place to eventually become one of the top providers in the industry as long as they continue to offer high-quality titles available on a variety of platforms. Their titles are available in a number of online casinos already, and as this number expands, so will their audience because their games speak for themselves. Overall, this is definitely a software provider that has a bright future, and players are definitely looking forward to seeing which new release by this company is going to come out next. 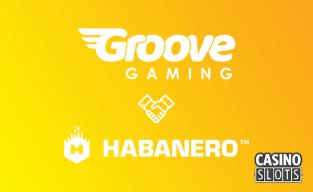 The Groove Gaming content aggregation platform now features the Habanero range. It brings over 100 titles to online and mobile sites that use this... 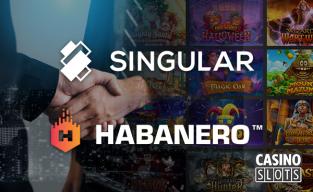 Games developer Habanero has announced a new joint partnership with iGaming platform Singular that will see Habanero games made available across... 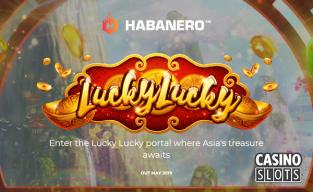 The new Lucky Lucky slot from Habanero Systems takes players through a portal to a lush Japanese Garden, where they will find 3 richly decorated...