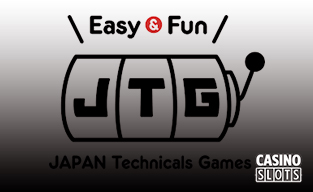 Japanese products and culture have been setting the world ablaze for a few decades now. Videogames, anime, J-pop music have all found their devoted fans in the West. Japan Technical Games is a company that seeks to bring the local gambling culture into the international markets. This is a welcome development, as the Japanese slots are truly quite different from what rest of the world is used to.

The story begins in 2018 when JTG was registered in Hong Kong. Of course, that’s not the origin of the company as the company was already making pachinko and pachislots in its native Japan. But what the company would do next is truly remarkable...

Sorry, there are no casinos by Japan Technicals Games available in your country. Try these casinos instead.

Hawaiian Dreams and partnering up

Together with their partner Golden Hero (a brand exclusive to Solid Gaming), the company created Hawaiian Dream, the very first pachislot game to make it to the online sphere. The game quickly became a massive success in Asia, so of course, Solid Gaming and JTG have decided to bring it over to the Western markets.

Pachislots and pachinko games are directly comparable to arcade games and western slots, though they in the usual Japanese way have enjoyed a parallel existence and development. They enjoy massive popularity and success in their native market, and it seems like that market is about to expand to cover the whole online gambling world. 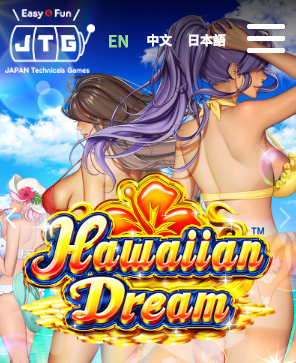 The company prides themselves on offering games with an easy and fun vibe, games which are easy to understand and play. According to the company they “strive to build a brand that can be trusted by all players”.

This philosophy is evident in its software design, which is mobile-friendly and HTML5-based. The mobile-friendly nature is further exemplified by the fact all the games are made to be played in portrait mode. Perfect for the player who wishes to have a bit of fun on the go.

The games feature two options for speeding up the gameplay so that even those punters who only have a couple of minutes can still get some reel-time in between their other engagements. Of course, the software runs perfectly on desktop computers as well and looks great in high-definition.

A growing selection of games

Being a really new player in the online slot space, the company doesn’t have too many games on offer yet. However, no other company offers the sort of games that they do, at least not for the moment.

The games that are there are as mentioned before very mobile friendly and clearly developed with a mobile-first mindset most likely due to the massive popularity of online mobile gaming in Asian countries which are the developer’s primary market.

This Japanese kind of slot looks very similar to old 3x3 and 5-payline fruit machines. The game is very inspired by this, but because it’s not subject to Japanese gaming laws (which is what essentially defines a pachislot) it also has some more Western features.

Reels stop on their own now, instead of being manually controlled and all the betting limits are gone. Yet there’s a lot in it that draws clear inspiration, most obviously the classic hibiscus bonus indicator. The long bonus-chains (that build up into jackpots) are what sets the games apart from normal slots.