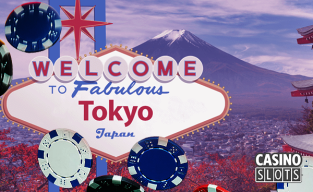 To say that Japan is a unique nation would be an understatement. This island country has always done things in its own idiosyncratic way and it shouldn’t come as a surprise that their gambling culture and industry are also quite different than what Westerners are used to.

Gambling in Japan is currently illegal (although it is expected that the Japanese government will regulate this area in the coming years) but that doesn’t mean that gaming is not a part of Japanese daily life. On the contrary, the country is full of gambling parlors and games of chance can be found in adult sections of amusement parks and game centers were two types of games rule supreme – pachinko and pachislots.

While the Western gaming world is ruled by slot games, the crown of Japanese gambling is the pachinko machine.

What exactly is it?

Pachinko can be best described as vertical pinball played with many small (11mm diameter) steel balls. The playing field is filled with small brass pins on which the balls bounce as they fall down.

The object of the game is to capture as many as balls as possible into several small holders at the bottom. Doing this will trigger a payout in the form of more balls. Any balls that fall through the bottom are lost.

To circumvent the gambling laws, the balls cannot be exchanged directly for money but are instead exchanged for prizes than the gamer can then further sell to a store located near the parlor and receive money that way.

In recent times, pachinko parlors have begun adding a new type of game called pachislot. Pachislot is a portmanteau of the words pachinko and slots, even though there are some serious differences.

First off, the balls are gone. Instead, there are three reels with usually five paylines reminiscent of classic western fruit machines.

But if you think the games are anything like the slots, we have in the west you have another thing coming. Just like pachinko, pachislot isn’t played with real money but with tokens instead. Due to Japan’s strict laws, the maximum bet, as well as the payout, are capped but manufacturers have found ways to get around that. The main difference between these games and the kinds of slots people play in the West is that they require a degree of skill.

This is because the reels are stopped individually with a button and the reel must stop within 0.19 seconds of the button being pressed. Meaning that those with lightning-fast reflexes may be able to decrease the house edge significantly.

Coming to the West

If reading about these Japanese gambling offerings has whetted your appetite for a new kind of gaming experience, you will be happy to know someone is finally bringing these games out West.

Japan Technicals Games, in collaboration with Solid Gaming, announced the launch of Hawaiian Dream. This was the first to go live online in the Western markets and will bring the novelty of these offerings to punters outside of Japan looking for something different and new. Second to launch is Battle Dwarf in collaboration with Golden Hero, you can check out the 3 reel slot here.

JTG is one of the major players on the Japanese gaming market developing and manufacturing the games.

They are a newcomer to the online space, however, and time will tell if online versions will set the western world ablaze like they did in Japan.

Pachislots may seem simple because of their 3-reel design but they are full of special features and design elements meant to attract and retain attention.

Many of them are based on popular movies, TV shows, and videogames and feature LCD screens showing video clips. Some even have a plot that the players progress through by playing.

The main draw of these games, however, is the Big Bonus which if activated pays out the capped maximum over and over to get around the limit and signalled by the hibiscus flower symbols lighting up on the machine.

Pachislots are also known to pay out relatively regularly because they have a “ceiling” meaning the number of plays (spins) before the bonus stocks inside the machine must be released.