The world of entertainment is changing before our eyes and once so precise, the boundaries between different branches of the industry become more and more blurred. In 2018, the largest international showcase of cinematic art that has launched the careers of many brilliant film directors including Quentin Tarantino announced the arrival of a new iGaming star.

Yes, you read it right… SkyRocket Entertainment took the central stage at the Cannes Film Festival – it’s this glamorous event that was chosen by the executive tandem as the best place to strike.

Wonder, what does this software provider have to do with Cannes?

Quite simply, the company was founded with an idea of bridging the gap in the market by incorporating iconic feature movies and branded intellectual property rights into online games.

Sorry, there are no casinos by SkyRocket Entertainment available in your country. Try these casinos instead.

On A Rocket Ride To The Stars 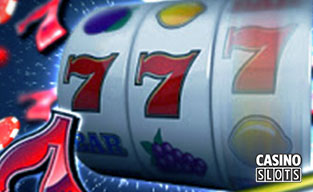 London-headquartered, SkyRocket Entertainment builds on the experience of Richard Clarke who can brag of a very impressive online gaming CV with high positions at Ladbrokes, Gala Coral Group, Link2Win, Vermantia, Fortuna Entertainment Group and Sean O’Kelly, a UK film producer. Somewhat later, Graham Martin, a fellow iGaming veteran joined the team to contribute to the success of the entity.

At the very outset, the company set a goal to license up to 100 games per year and as things stand now, they stick with the original plan given the acquisition of the exclusive rights to 75 films and inking output and distribution deals with several online platform providers already in the first twelve months of existence.

Far from resting on its laurels...

... in Fall 2019, SkyRocket put a shine on its portfolio of world-renowned Hollywood stories by cutting a deal with Millenium Media to bring a range of branded content to the regulated international markets. As a result, punters across the globe including the UK, Europe, and Asia can enjoy their favorite smash hits such as Rambo 4, Hellboy, The Expendables, The Mechanic, and the Fallen (to name just a few) in the form of top-notch video slots, bingo, lottery, and scratch cards.

Another step forward was the purchase of The Games Company as its certified Remote Gaming Server and existing partnerships helped expand SkyRocket’s grasp and boosted the rapid growth of the enterprise. Soon afterward, cooperation with Revolver Gaming resulted in better distribution of both gaming portfolios, but what’s the most important, all TGC titles reached new audiences.

By the way, although not vast, the collection of virtual fruity machines crafted by people from this UK-based brand with an-easy-to-remember name is pretty diverse featuring a wide range of themes and extras such as expanding wilds, collectible symbols, free spins, multipliers, Mystery and Stepping Colossal, lock-It Re-spins, and others.

As for SkyRocket in-house slots, one-of-its-kind spy story Codename Diabolo and full of thrills and chills quest for Nazi gold The Last Drop Golden Grenade, promise us a lot of action-packed fun. Delivered through the Betconstruct Network, both titles have a 5x3 reel layout enhanced with 243 ways to win, wilds that can substitute for all regular icons, and scatters to trigger bonus rounds.

Even though the two games have identical reel layout, there is a significant difference between them as truly striking in every sense of this word visuals of Codename Diabolo are complemented by...

... 4-level Mystery Jackpot! 1% of each real-money bet contributes to the pool and with a little help of Lady Luck, players can randomly trigger one of the Top prizes providing they have placed a qualifying wager for the relevant level. In case you’re curious, the windfall is distributed the following way: 10% goes to Mini, 15% to Minor, 25% to Major, and 50% to Mega Jackpot respectively.

We Are Casino, a unique game-building platform that excels in creating light and fast HTML5 slots that perform superbly on all mobile devices even with a poor network connection, has successfully adapted to the small screens of smartphones and tablets a trio of popular flicks: Gun-Shy, Deal (a special treat for all poker buffs), and Colossal Monkey. The latter will also stun you with an amazing chance to win up to 200 free spins!

Further reinforcement came at the very beginning of 2020 as an alliance with Stakelogic. According to the deal, this top-tier game maker is the one in charge of designing and running video slots based around the aforementioned franchises. Just as its name says, the very first spinning adventure to come into the limelight, The Expendables Megaways™ is driven by licensed from Big Time Gaming reel mechanic able to generate up to incredible 117, 649 ways to win.

With London Has Fallen, Drive Angry and many more smash hits to be turned into our beloved pokies, this up-and-coming casino software provider undoubtedly has a great future in the industry. Well, no accounting for taste, every single one of us has its own list of top movies...

... and we’re pretty sure SkyRocket Entertainment is perfectly able to suit all preferences – if anything, billion-dollar franchise covers over 100 terrific titles!