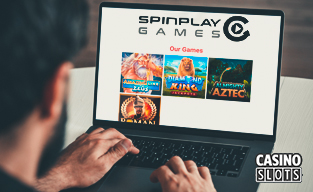 Even though established not so long ago, this studio today makes the kind of online slots its team has been dreaming about since SpinPlay’s inception at the beginning of 2019. Fun gameplay with plenty of innovative twists and turns supported by intricate math is what helps this up-and-coming software provider stand out from the crowd, winning the hearts of a great many players across the globe.

Based in Las Vegas – it’s hard to think of a better working environment for a slot maker – SpinPlay Games was founded by mathematicians, which enables the team not only to create truly complex math models in-house but also playtest them on a proprietary simulator prior to using design or software. Developing a game is bringing state-of-the-art math models to life through perfecting theme, sound effects, animation, timing – at least, it’s how things work in fabulous Vegas! 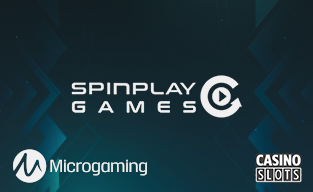 SpinPlay Games appeared on the international iGaming scene in June 2020 when an industry giant from the Isle-Of-Man added this software provider to its huge network of content partners. The first title to march onto Microgaming’s ground-breaking platform was a 20-pay line Roman Power ignited with fiery multipliers and expanding Hero Wilds. High-volatile and feature-rich, this debut online slot became a smash hit in many countries, especially among seasoned punters who love games designed to bring although less frequent yet truly impressive payouts.

However, there is one interesting detail in SpinPlay’s relationships with Microgaming. In fact, the company was born largely thanks to the fact that its future founders met RNG Foundry during their early years in the industry and seized the chance to grow into a full studio through this strategic partnership. Needless to say, the gang of passionate and hardworking gaming enthusiasts continues to make every effort to create top-notch and player-focused products able to deliver the best possible experience.

Following the success of Roman Power, Almighty Aztec was the next spinning adventure that hit the virtual floors of online casinos. Set deep in the mysterious jungle, the 5x3 grid features cheery Quetzalcoatl that flies by in the base game and drops expanding wilds for guaranteed wins. This immersive story has ten pay lines and pays both ways, hence no wonder, it was so warmly received by the gambling community, breaking into the top 50 in several different markets.

However, it was roaring Diamond King Jackpots that gave a new dimension to the entire idea of action-packed gameplay. The first SpinPlay’s titles enhanced with 1024 ways to win, it boasts a tremendous set of extras including free spins, Power Range™ multiplier wilds, a pick game, and even a buy feature to get players straight into 10 bonus rounds. This slot also has a great win potential of over 10,000x!

Being one of the iGaming start-ups, SpinPlay Games has done an amazing job when it comes to creating and upgrading its engine. The studio started with a pretty simple game but today its online slots library can brag of some truly unique and extremely rewarding extra features. No doubt, this software developer doesn’t only have great ambitions but also knows how to realize them.