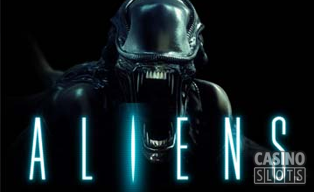 After watching and re-watching the YouTube videos in excitement, we are pleased to announce that you can now play the branded Aliens video slot game at a wide range of Net Entertainment’s supported casinos.

The Aliens slot game was developed with 20th Century Fox and; therefore, has all the suspense and chills of the hit sci-fi film series.  It is a 3D 5 reel and 15 pay line slot game that requires you to not only survive the vicious aliens onboard the planet LV-426, but to also destroy the evil Alien Queen.

Will you survive all three bonus rounds and destroy the queen, or will you become a host to the deadly aliens?