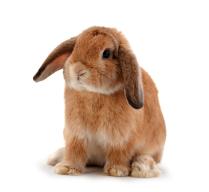 It's really interesting to see how different themes and game concepts are used over time from the same software provider. One of the best examples of seeing this in action is when a software developer creates a game based on their own in-house theme, and then later on, they develop a sequel to this game. That's exactly what's happened at Realistic Games with their new Hot Cross Bunnies: Loadsabunny slot.

This game uses a five-reel, three-row format with 20 paylines that players will be very familiar with it. It's the sequel to the original Hot Cross Bunnies, which was a three-reel classic slot with three paylines from a few years ago. The original was a pretty big hit, and Realistic Games is relying on that popularity to carry over a bit to the new video slot version of the game, and so far, it seems like they might be on to something. The game has already been released on both desktop and mobile at a number of major brands like Bet Victor, Gala Coral, Stan James, Ladbrokes and others.

It might be because they have a more limited release schedule that some of the competition, but it often doesn't seem like Realistic Games gets the recognition they deserve. Their Super Graphics Upside-Down game is a good example because it was nominated for the EGR awards twice, and their other work has gotten a fair amount of talk as well, but because they don't release as many titles as quickly as certain other providers, sometimes they can feel a bit lost in the shuffle like they can't really build up any major momentum.

The Important of Sequels

Many players might not understand the significance of this game being a sequel. The big deal is that they developed the original brand of the series themselves, and now they're expanding on it in a way that major forms of media would release multiple seasons of a show or multiple parts of a series of movies. By doing this, they're focusing their efforts on building up their own brands instead of having to resort to slots based on brands from other forms of media, and that makes them have a lot more flexibility and the option to handle the brand however they want without having to get approval from a third party.