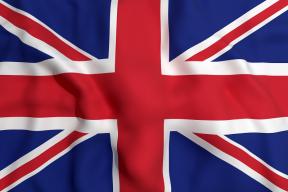 Back in December, Yggdrasil Gaming was given a license to operate in the United Kingdom. This was extremely exciting for the company, and they quickly acted on the opportunity by getting everything ready to go with their iSENSE platform. Now they have agreements with some of the biggest names in the industry for UK players, and there are more coming in the future.

The fact of the matter is that Yggdrasil is getting into one of the most competitive markets out there, and they've already gotten content distribution agreements with six major names. This list includes Mr Green Casino, Unibet, Vera & John Casino (UK), ComeOn!, Betsson Casino and LeoVegas. This selection of top-tier operators shows that Yggdrasil is being taken extremely seriously, and it would be difficult not to take them seriously considering how extremely successful they have been as a whole. Between winning the iGaming Software Supplier of the Year at the 2016 IGA Awards and the Software Rising Star award at the 2015 EGR B2b Awards, it's clear that they're doing something right in a major way.

Why is Yggdrasil So Popular?

The main reason that this software developer is so popular is that they produce extremely high-quality games, and they come out with new releases on a regular basis. This has really gotten the attention of players and casino operators alike, and now they seem like they could be the most sought-after newer brand out there overall. They've not been doing this as long as some of the bigger names in the industry, but they're definitely showing that they can compete.

The State of the Casino Software Industry

There was a major development a few years ago that changed how online casino software was handled. Casinos started switching over from using a single provider exclusively to offering a combination of games from several different software developers, and this created a situation where companies like Yggdrasil could have their games posted up side-by-side with titles from the biggest companies in the business. This showed that the games they produce can stand out even among stiff competition, and it's this state of the industry that's allowed them to gain so much ground in such a short amount of time because they've been able to really show off how they compare to the competition.