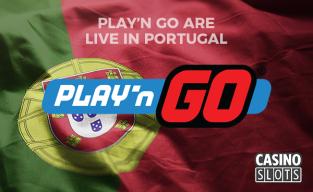 Play'n GO has revealed that their extensive range of slots, table, and card games can now be offered to online and mobile compatible casinos in Portugal. The company has been expanding across regulated markets worldwide and this latest move follows on from recent moves into Sweden and the Philippines.

The online gambling market in Portugal is only in its second year, but it has taken off in a big way. Games developers and casino operators are entering the country already and the new move coincides with the entry of PokerStars into the country. PokerStars already carries the Play'n GO range, which means that Portuguese players will have instant access to the whole portfolio.

Along with the existing range, players in Portugal, and other territories where Play'n GO operates will soon have another 40 games to enjoy over the course of 2019. Among the slots that will be offered, there's the award-winning Legacy of Egypt, along with big hits such as Sweet Alchemy and Rise of Olympus.

Games For Desktop and Mobile Casinos

The certification was granted once Play'n GO had undergone a rigorous testing and approval process. The range is now available to Portuguese residents across Android, iOS and Windows-powered mobile platforms, as well as on desktop PCs and laptops.

Founded in 2005, Play.n GO operates from a base in Malta. The company was one of the first to exploit the mobile gambling markets and continues to be an innovator. Play'n GO also provides a full back-office service including a casino platform and their unique OMNY facility.

We want as many people as possible to enjoy our games, and we also want our clients, both current and future, to be able to rely on us to have a presence wherever they seek to develop their operations. We are excited by this move into a new market.