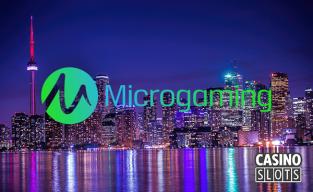 Ontario, Canada is the latest region to regulate online gambling, and Microgaming has just announced that it will enter the market with over 300 of their biggest games. As part of the celebrations, a brand-new Maple Moolah slot will be exclusively available to local players as part of the huge Mega Moolah progressive range. The main jackpot will seed at CAD1million and increase from their until one lucky player scoops the whole prize.

The first game in this series will be the Gold Factory Maple Moolah, which is a 5-reel, 25-line title with a Steampunk style. It will be part of a huge range of 300+ games from Microgaming and their partner studios. Many more top-performing slots, table, and card games will soon be available to Ontario residents.

Founded in 1994, Microgaming has been one of the premier providers of online casino games and software since the very beginning of the industry. Some of the biggest slots in their range include famous titles such as Immortal Romance, Jurassic Park, Thunderstruck II, and Book of OZ.

The entry to the Ontario online gambling arena will bring this hugely popular range to a whole new group of players across the province.

James Buchanan, Head of Games at Microgaming, said: “Now the Ontario market has opened, we’re thrilled to reveal the industry’s newest jackpot, Maple Moolah, which has all the makings of a market-leader. With its entire prize pool ring-fenced for players in the province, we can’t wait to see the first Maple Moolah millionaire made!”