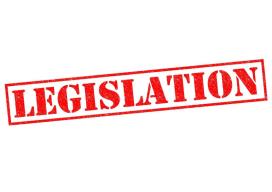 Jim Murren seems like a pretty smart guy when it comes to gambling, and his credentials indicate that he probably knows his stuff. He's the head over MGM Resorts, and he's the chairman of the American Gaming Association. Murren has a ton of respect and a ton of authority in the gambling world, and when he talks, people listen. That's why his comments about online gambling are so important in the United States right now where he's pointed out the major flaws with the prohibition approach to the industry.

In the words of Murren, prohibition "flies in the face of common sense." If there is a demand for something, then people are going to do it regardless of how illegal you make it. With online gambling in particular where there is no real way to keep people from doing it, even in countries where they have deployed blacklists and ISP-level blocking. That's surely the case in the United States where even people in Washington State gamble online where it's [ridiculously] considered the same level of felony as certain types of assault.

Regulation is the Answer

Something Jim Murren pointed out really turns the arguments of the opposition back on them. He elaborated on how there's a major lack of information when it comes to people who are gambling online in the USA right now. Because of the way the industry is handled, or rather because it's not handled at all on a federal level, they simply do not have the information they need to make effective gains on things like underage gambling, problem gambling, etc. These are the topics that are brought up from the opposition the most often, and it's these exact things that are helped the most through regulating the industry.

The AGA is largely about accountability for companies that offer gambling services, and that's exactly what Murren wants to see happen with online gambling companies. While there are a number of reputable online casinos and other types of gambling sites available to American players, a number of them are also in the rogue category, and those companies need to be kept from preying on people if the AGA wants to be able to do its job in the online gambling space. That cannot be done with prohibition, and it can only be achieved through smart regulation.