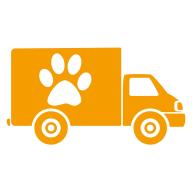 Movies have been the inspiration for a lot of online slots, and Playtech has used them as much as anyone. Their most recent release is a good example of this with the new Ace Ventura online slot. This game is a great example of Playtech showing that they're still relevant in the online casino space after receiving tons of criticism in the past couple of years for their lack of new releases in this particular sector.

About the Ace Ventura Slot

This game uses the always popular 243-ways format. This means that there are five reels with three rows, and all symbols are effectively left-to-right scatters. There are different missing animals on the reels, and when you combine them together in certain ways, you unlock different bonus features. You can get free spins and other ways to win a lot of money, and the game is played to a rock soundtrack that really fits the outrageous theme of the character and the films. Overall, this is an exciting release that's a good way to end of 2015 for the popular online gambling software provider.

Something that makes this game stand out is that it's another omni-channel release. This is the approach that Playtech has to making sure that their new games are as inclusive as possible thanks to a strategy that's based on releasing a game on all possible avenues at the same time including desktop, instant play and mobile. Unlike many providers that often stage the mobile version of a game months after the desktop version has been released, Playtech immediately makes a new title available on all channels.

Playtech has received a ton of criticism in the past for not coming out with new games on a schedule that some players believe they should be. This is because they are a huge company that largely focuses on other aspects of the online gambling industry. They're letting their casino product stay more or less how it is, and this could be a problem in the future as they are passed by members of the "new guard." However, they have been making a lot of progress in other aspects of the industry, including online poker and other sectors, so it's not like they're just oblivious to what's going on.

A good option for players who want to try out this new release is Ladbrokes Casino.