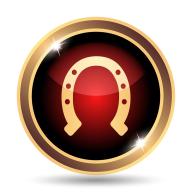 In the online casino world, slots dominate in terms of pure numbers. It's virtually impossible to find a site that doesn't have more slots than all other types of games combined. With that having been said, many of those games use the same kind of format, but Realtime Gaming is challenging that with their newest release. Lucky 6 uses a six-reel format, and it gives players a lot to work with inside of the 6x3 layout that's used as the foundation for the game.

Details on This Game

Lucky 6 has an Irish theme, and it uses six reels with three rows. This creates an 18-symbol space for lining up wins. There are 10 total paylines in this game with five of them going left-to-right and the other five going right-to-left. It would be interesting to see this format used in an "all-ways" game at some point in the future as well, since that would be 729 ways to win on each spin. The action is quick, and like most RTG titles, players have a variety of bet sizes to choose from.

Six of a kind wins are available in this game, and they are the largest wins overall. It's also interesting because you can get more chances for scatter symbols. Free spins, additional bonuses, grouped wilds, wild reels and multipliers as high as 5x also make appearances in this game. With more virtual real estate to play on, Realtime Gaming has not disappointed with how they have approached completely packing this game with features an action. If you make it to the end of the rainbow in this game, then you could end up with your own giant pot of gold.

If you were to go back a few years and look at the state of RTG, people would have said that they were stuck in a rut of producing low-quality games a few times each year. Since then, they've turned a complete 180 degrees and created a situation where they are now producing some of the best games in the industry. The titles they have released over the past 18-24 months are up there with the top-tier providers running today, and that makes the future look great for this company.

Our recommendation for trying the new Lucky 6 slot is Club World Casino.