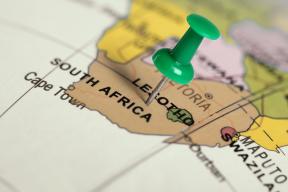 The state of online gambling in South Africa is particularly interesting. They have issues between the provinces and federal government like some other countries do, but they also have some very strict laws regarding illegal online gambling. Now they have a campaign that's going on about all of the terrible things that could happen if you gamble illegally on the Internet, and it's probably the most in-depth such campaign that we've seen before.

Parts to This Campaign

The Casino Association of South Africa, or CASA for short, is behind this campaign, and it's all about what they're calling the consequences of gambling illegally on the Internet in the country. It's expected to run through the first few months of 2016, and it's set up to educate players and highlight problems that can come from illegal online gambling. A lot of it centers around warnings about unlicensed operators and the chances of having your winnings confiscated by the government, and they're also including a lot of incentives to rat people out who might be involved with gambling on the Internet.

The Need for Unified Regulation

The issue in South Africa right now is that some forms of online gambling are legal and regulated in some parts of the country, but there is no standard or unified set of rules for regulation across the board. The end result is a patchwork is mismatched policies that often directly conflict with what comes out of the mouths of the country's leadership. Overall, it's a complete mess of a situation, and they really need to come through with some unified regulation to settle the issue and clear things up.

A Part of a Global Problem

South Africa's online gambling environment and this scare campaign is a part of a global problem with providing a unified front on the online gambling front. Because so many different parts of the world handle things differently, and because a ton of places have unclear rules and regulations on the industry, it's really hard on the players when it comes to knowing what's legal, what's not and where they should play. We've been moving towards better policies overall with bodies like eCOGRA pushing their agenda for independent standards, but we're a long way from being where we need to be. Until these countries get their act together, it's going to continue giving players problems.