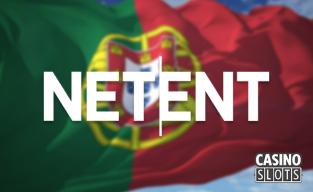 Net Entertainment has expanded once again, and now they're available in Portugal. This comes after they have went live with Betclic in Portugal, and this is yet another market that this software juggernaut has gotten themselves into as a part of their overall strategy of focusing on regulated jurisdictions. Betclic has worked with NetEnt before, and now they are able to use their games in the Portuguese market.

The state of the online gambling industry right now is such that each country is having to set up their own regulatory guidelines. What this leads to is situations where many countries only allow their players to get in on the action with specific sites that they have licensed, and often this includes sites that have to be set up specifically for that one country. In this case, there is a Portugal-specific version of Betclic that can only serve players from Portugal, and that's what Net Entertainment has gotten their games on this time.

It's tricky for a company to try to expand as much as possible while still having to pay attention to the specifics of how each country's regulatory guidelines vary. Things can be very different for regulatory compliance from country to country, and that's something that NetEnt has paid a lot of attention to over the past few years. This has led them to enter a lot of different regulated markets of which Portugal is the latest. This strategy also includes not entering any markets that aren't regulated, which has helped them to steer clear of any legal trouble and anything that would tarnish their reputation.

One thing that Net Entertainment has definitely shown with this expansion into Portugal is that they have even more momentum going into 2017 than most people think. That's a very impressive thing because most people in the industry recognize that NetEnt is one of the hottest companies as we push into the new year. The key here is that they're releasing lots of great titles, winning big awards and expanding into new markets all at the same time. They show no signs of slowing down as we move into 2017 either.