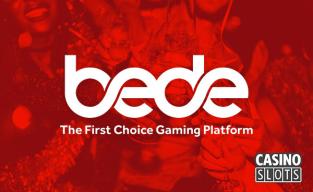 Bede Gaming is an award-winning i-gaming platform and software supplier that was founded in 2011. They have announced that 2018 has been their best ever year, with major deals signed each month.

They have just been revealed as the company chosen to transform the platform used  by the Ontario Lottery and Gaming Corporation. In the first 10 months of 2018, Bede Gaming completed 10 integrations, which is an uplift of 30% since this time in 2017.

This total includes new sportsbooks with Kambi and SBTech, while new casino content suppliers include Yggdrasil, Play'n GO, Habanero and Pragmatic Play. Each integration has on average taken just 4 weeks to complete, and Bede Gaming has plans to complete further deals before the end of the year. New integrations will continue throughout 2019 and beyond.

No other platform provider offers so many sources of content, with IGT, Microgaming, Novomatic and NetEnt being among the many suppliers already integrated by Bede Gaming.

Based in Newcastle Upon Tyne, England, Bede Gaming has also spent 2018 expanding their range of responsible gaming and automated platform marketing tools through the launch of Bede PLAY.

2018 has been our best year yet with three major commercial deals and 10 content supplier integrations in as many months to complement our comprehensive range of over 100 of the biggest supplier partners with more than 3,000 games.