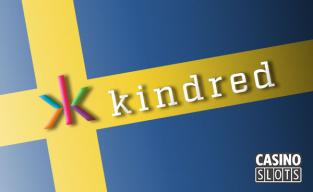 After a lengthy application process, online casino operator Kindred Group has been granted a licence to operate in the regulated Swedish gambling market. They will be able to provide an online gambling service to Sweden from 1st January 2019 and it's an important milestone in Kindred Group's efforts to operate in regulated markets.

On 30th November 2018, the Swedish Gambling Authority (SGA), finally granted the licence and now Kindred, (formerly known as Unibet), is making final preparations to launch 5 casino sites in the country. Kindred has also signed an agreement to be the main sponsor of the Allsvenskan and Superettan Football leagues. It's allowed Knidred to develop their involvement in Swedish society and intergrate with local communites.

Today is a historic day for Kindred. We have been pushing for a modern and sustainable gambling market in Sweden from the very start of Unibet in 1997, in which the focus is on consumer protection and harm minimisation.