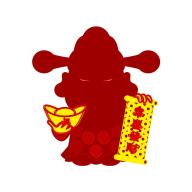 It's really interesting to see how different online casino software providers come up with the themes for their games. Once the theme is decided, they can use that to decide on the graphics, the bonus features and even the payout structure of the game. With the new Fai Cai Shen online slot by Habanero Systems, the game is based on the Chinese God of Fortune, and they've built a complete game around this concept that players will love.

The Basics of This Game

To start things off, Fai Cai Shen uses 28 lines across a five-reel, three-row layout. There are a lot of different bet sizes available, and this game was developed in HTML5. Habanero has said that players can expect a medium volatility in this game, and that's interesting since a lot of new games these days seem to be clearly low volatility or clearly high volatility. This game is one of many that were demonstrated at the recent International Casino Expo, so it's clear that this company believes in its merits.

A free spins bonus round is available, and the Chinese God of Fortune himself will always show up twice on the reels as an expanding wild during these free spins. That's a good way to add a lot of value, but it's cool that it's this deity himself that gives players more chances to win since that really fits the fortune theme.

So far, this year has been a busy one for Habanero Systems. They've announced four different new releases so far this year, and we're not even completely through February. Bombs Away, Ruffled Up and Dragon's Throne have all been released during the past two months. this shows that they're really building up a lot of momentum with the new titles, and if this is a pattern that continues throughout 2016, especially if they keep up the quality that we've seen from these new titles, then this year could end up being their best year yet.

If you want to try Fai Cai Shen or any of Habanero's other games, which includes seven table games, 10 video poker games and around 70 slots, then we suggest you check out Club Gold Casino.