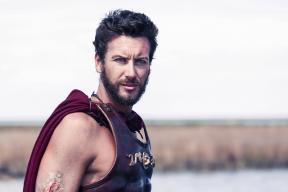 Something that players absolutely must understand about the online slots industry is that there are only so many different themes and concepts out there. While there are some ideas that haven't been explored fully, it's going to be pretty hard to find a new title that has a theme that's completely different than anything that's been done before. However, that shouldn't be a cause for concern, and the upcoming Jason's Quest slot by Genesis Gaming can show you why.

Jason's Quest is scheduled to be released in April 2016, so about two or two and a half months from now. It's going to be released on both the Relax and Microgaming Quickfire platforms, so players will have a pretty wide selection of online casinos to choose from when it comes to finding this game and playing it once it's released. The theme of the game is Jason and the Argonauts, a Greek story that has been told in a lot of different forms. It's also going to offer some pretty cool features from Genesis Gaming.

The key thing about this game that's going to make it stand out are the high-quality graphics that Genesis is known for and the feature-packed experience that comes with its Graduated Features approach. This means that the game has multiple levels that you can make it through, and this puts you in a situation where you'll want to push ahead and see how far you can get. This drastically ups the replay value, and it also makes the game more about your overall session as a whole instead of the individual spins like most slots.

Genesis Gaming has a chance to really stand out here. A lot of software providers have made a lot of games based on themes and concepts from Greek mythology, and what you're seeing here is another game that's influenced by those themes. However, what you won't see is a lame copycat effort because they know that they need to do something different to make this thing work. Genesis isn't about being lazy with their games, and that's why we bet that you can expect some pretty good things out of Jason's Quest when it's released in April.