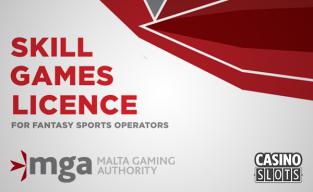 The Inclusion of Fantasy Sports Betting

Whenever Daily Fantasy Sports had its big hurrah and peaked a year or two ago, it created a situation where more awareness was made about the level of skill used in betting on that type of thing. However, it also created situations where it was obvious more oversight was needed with scandals that involved some people who worked with these companies having information that was not available to the public that they were able to use to make a decision. This is an unfair advantage, and in a paper published by the MGA back in 2015, this is one of the types of scenarios that was covered on games of skill.

There are two areas of major political ramifications that could come in the fallout from this announcement. The first is that some countries do not include skill-based games under their gambling code, and Germany specifically has kept DFS from falling under their definition of gambling. Because Europe has the free trade agreement that they do, this could cause some issues that will have to be clarified.

Second, there's the issue of online poker. Poker has repeatedly been shown to be a game of skill instead of a game of chance, and it was even recognized as such by the International Olympic Committee. This would cause poker to be re-classified, which could ruffle a lot of feathers. There's no denying that the industry needs additional oversight, however, and numerous scandals over the past decade of players being cheated by "superuser" accounts who could see their cards is a great example of that.