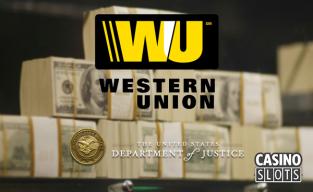 Western Union is known for being an incredibly important payment processor and a way to send money, particularly in the United States. Unfortunately for them, they were found in violation of a number of important laws, and this has led to over one-half of a billion dollars in penalty payments along with a number of other things they'll have to do to correct their problems.

One of the main issues that Western Union has had trouble with in this case is anti-money laundering violations along with anti-fraud violations. They admitted to willfully failing to keep their anti-money laundering program up to par, and they did the same when it came to aiding and abetting wire fraud. This doesn't mean they were in on some kind of wire fraud scheme, but it's the charge used whenever these standards aren't kept up to government standards. It's a sort of plea bargain that includes a $586 million punitive payment along with other measures.

Importance of This Case

This case is very important for online gambling fans, particularly those in the United States. While you might just want to use Western Union to wire some money to play online slots, some people have used it to do things like finance fraud or even terrorism. Players don't want to be lumped into that type of activity, so it's critical that companies like this one have effective measures in place to prevent as much money laundering and fraud as reasonably possible.

Moving Forward From This

Western Union is expected to move forward without many problems from this. They do a ridiculously large amount of business each year, and while nobody wants to pay out over half a billion dollars, but considering the charges go all the way back to 2001, it's not like it's a recent thing. They aren't expected to have any long-lasting issues stemming from this payment, and they will definitely be stronger as a company once they finish up with all of the changes that the Justice Department is recommending as a part of their deal.