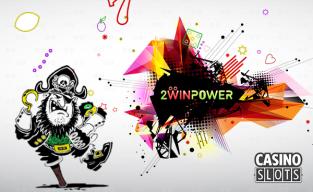 It's never fun to be delivering bad news, but when fake games are being supplied to a company, players deserve to know about it. This is the case recently with LatestCasinoBonuses exposing games offered at BetMaxValue Casino. Slots they were provided with were actually unlicensed fakes provided to them by Desoft Gaming. Desoft was provided the games by 2WinPower, which seems like the ultimate culprit. There is no way to know if BetMaxValue or Desoft Gaming knew about the unlicensed games or not, but it's recommended that players take caution if they decide to play with either of these companies.

There were four main software companies that had their games counterfeited in this series of events. Realtime Gaming, Net Entertainment, Novomatic and Playtech were those companies. It's rare that you see games from RTG caught up in something like this since culprits tend to go after companies that have larger libraries of more popular titles. What really stands out, however, is that 2WinPower was not supplying a single legitimate game. Every single one of their titles was a fake, and we're sure that breaks some sort of record somewhere.

How to Spot a Fake

The biggest sign that something was amiss was found on 2WinPower's website. They gave a very professional presentation, and we'll be the first to admit that their web developer did a great job with maintaining a solid appearance. However, there was absolutely no licensing information available on the page whatsoever. This is critical because the licensed use of the games they offered requires that licensing information is made freely available along these lines.

The Influence of Pirated Online Slots

This type of practice with the faked online slots is extremely concerning for players, and it's not the first scandal like this that has happened in the past few years. We're seeing it pop up occasionally, and it's very concerning for several reasons. First off, players have a hard time knowing what to look for in pirated games like this. Second, the games can be rigged to really not give players a fair chance to win at all. Finally, companies that condone this type of behavior usually have a lack of ethics that would lead to them doing other things that could hurt the players, like straight-up stealing their funds.