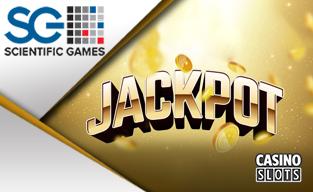 Scientific Games is a developer known for innovations and their latest feature is the ingenious Mega Drop Quest syndicated jackpots. It allows players to band together and aim to collect a progressive jackpot prize which is then shared out among the group.

Mega Drop Quest is being launched at Betsson, initially on the Nessie's Mega Drop Quest slot in Europe. The plan is to extend both the number of games and the geographical reach of this exciting feature.

The idea behind Mega Drop Quest is that by working together, players have a better chance of collecting a big progressive prize. Each claims a percentage of the win if it drops while they are at the reels. Nessie's Mega Drop Quest takes players to the famous Loch Ness, where the legendary monster is waiting.  A bonus wheel, added wilds and free spins are available, on top of the progressive jackpot prize.

The Mega Drop Quest feature will be available at Betsson via the Open Gaming System from January 2020. With social gaming set to become ever more important, this new feature is sure to be a big success for Scientific Games and Betsson.

This has been one of the greatest challenges our team has undertaken, and we feel that we have risen to the occasion, creating a value proposition that goes well beyond a ‘big win’.