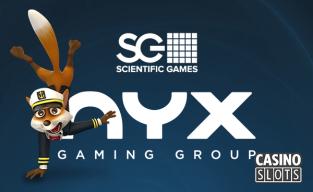 As is the case in any major industry, there are big business deals going on all the time in the gambling world. This means that buy-outs, mergers and big moves are all common in this particular industry, and another major deal has happened that looks to shake things up a bit. The NYX Gaming Group is being purchased by Scientific Games, and that could lead to some interesting changes.

Details on the Purchase

The deal has Scientific Gaming purchasing all of the outstanding shares of NYX, and with a stock price at CA$ 2.40 at the time of the deal, this comes out to around CA$ 775 million or US$ 631 million. One of the major things to realize with this deal as well is that they paid 112 percent of the market price for the company because of the premium negotiated as a part of their agreement, and that's a substantial amount. They must really have a lot of faith in NYX to pay that rate, and there are plenty of reasons to think it was a good decision.

What's important to realize is that this doesn't just affect the online casino sector of the gambling industry. It also heavily affects lottery and sports betting markets, and Scientific Games has become an even bigger powerhouse in these sectors in particular due to this purchase. That was largely the motivation because those industries are actually bigger than the online casino side of things in terms of the amount of money involved in wagers. Regardless, the implications for the casino sector are interesting as well.

How Things Will Change for Players

At this point, it's unlikely any significant changes will happen for players. The NYX OGS platform is one of the top online casino platforms out there, and the number of slots they have available for players is substantial. If anything, we might see more games added to that platform or future integrations for those games into other platforms that Scientific Games has influence over. There's nothing to worry about if you're a fan of the slots that NYX has available, and it's likely that your experience will not change in any significant way.